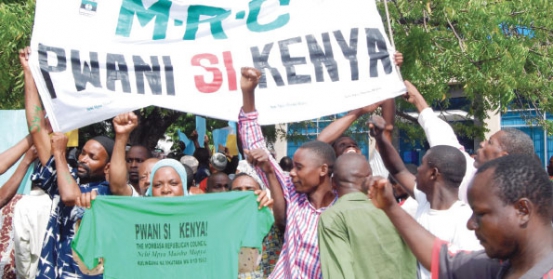 The Secretary General of the Mombasa Republican Council (MRC) has asked its supporters, who would want to vote during the 2017 elections, to turn up and exercise their democratic right.

This marks a departure from 2013 when the group asked Coast residents to boycott that year's General Election.

Hamza Randu Ruwa now says the group, which advocates the secession of the Kenyan Coast, will allow Coast residents to cast their ballot in the next polls.

"Voting is the democratic right of everyone and no one is forced. If I decide to vote I will vote, if I decide not to, I will not and therefore anyone is free to participate or not. If you see it beneficial, it's up to you, if you don't see its benefit then it's also up to you," he said.

However, it is not clear whether Randu's declaration is supported by other MRC leaders. Randu is facing multiple criminal charges.

Before the last elections, MRC asked its supporters not to participate in elections, arguing that it did not recognise the Kenyan authorities.