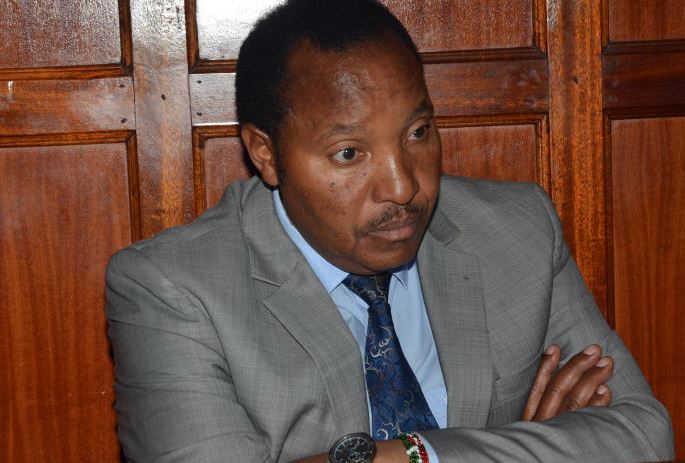 Former Kiambu Governor Ferdinand Waititu (pictured) has been slapped with a Sh1 million fine for trespass in a multi-million-shilling land saga tracing back to when he was an MP.

Waititu is said to have sold 10 acres of land to more than 200 people along Kangundo road in Nairobi, land which a court has found to belong to a real estate company - Sahihi Housing Limited.

The court has ordered those on the property to vacate within 90 days or else Sahihi is at liberty to forcefully evict them. Lands Court judge Samson Okong’o ordered Waititu, together with Joseph Ong’ete, Peter Ocheing, Philemon Oloo and Naftali Ogolla to hand over documents for the land on top of paying the fine.

“I am satisfied that the plaintiff had proved its claim against the defendants and it is entitled to the prayers sought in the plaint. The defendants shall vacate within 90 days failure to which the plaintiff is at liberty to apply for eviction orders.

Ong’ete, Ochieng and Oloo never replied or appeared in court while Ogolla and Waititu filed their replies and abandoned the case.

Sahihi’s director Azim Virjee testified that he bought the land from Alpha Fine Foods Limited for Sh30 million in 2011 intending to put up a low cost estate but Waititu alongside the other four invaded the land and put up structures.

He tried to persuade Waititu to talk to the other defendants and ask them to vacate the land but his plea fell on deaf ears. “The first defendant (Waititu) has on numerous occasions threatened or dared the plaintiff not to step on the suit property. The threats were made in presence of the plaintiff’s advocate, Kwanga Mboya,” Virjee said.

He continued: "Our agents were ready to commence development when the defendants attempted to repulse them. Despite numerous pleas and demands made to the defendants to stop their act of trespass on the suit property, they have refused, neglected or failed to comply hence the necessity of the suit.”

In his reply, Waititu claimed he had a deal with Alpha Fine to buy the same property for Sh15 million. He claimed he paid a Sh1.5 million deposit and they verbally agreed with the seller that he could move in.

“After I paid a 10 per cent deposit, we verbally agreed that I could move in, survey, flatten and subdivide the land into portions for the sole purpose of selling them in order to raise the balance of the purchase price,” Waititu alleged.

The politician added that he subdivided the land, apportioned it to his co-defendants who are said to be former councillors. He claimed that Alpha Fine sold the property to Sahihi behind his back, without factoring in that he had also paid for it.

“The said parcel of land was subsequently subdivided by my agents, the second to fifth respondent herein and the new portions sold to individuals totaling to more than 200 in number,” Waititu claimed.

After the reply, he never participated or asked his lawyers to appear for the case.

Governors spent Sh1 out of every Sh2 they received in the year to June on salaries, and largely failed to meet legal threshold on development spending

By Timothy Kariuki | 4 days ago