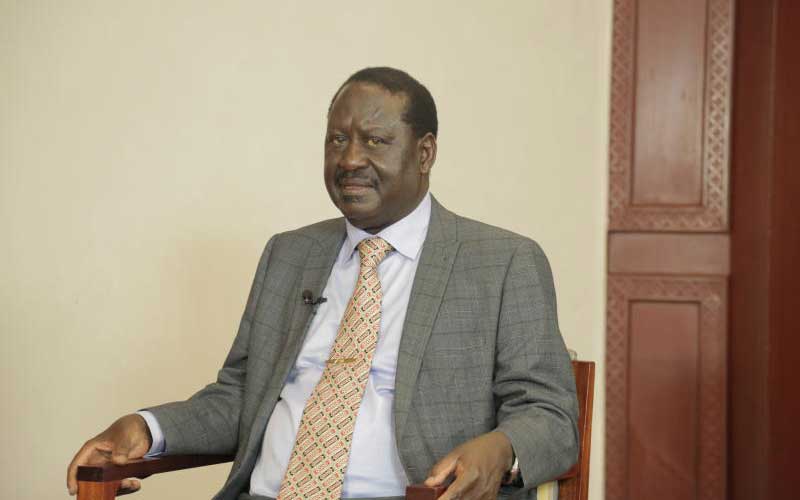 A number of leaders from the Mt Kenya region have accused Orange Democratic Movement leader Raila Odinga (pictured) of dividing the region.

“We are warning Raila Odinga that as leaders from the region we will not allow him to dictate to us who will be our leaders. We are going to stop his reggae in Mt Kenya,” warned Mr Kuria.

The MP promised a tough time for Mr Odinga and his brigade during the planned Nakuru Building Bridges Initiative (BBI) rally.

“The Kinoru Stadium standoff was just a rehearsal, we are waiting for them in Nakuru and we are going to stop reggae there,” he said.

“Kenyans' minds will not be changed by barring us from speaking during your rallies. BBI is going nowhere if they continue with the same trend,” he said.

“This process has been hijacked by some few individuals who want to get political seats in the 2022 General Election. We will not allow them to take advantage of an initiative which was meant to unite Kenyans,” he said.

He said Kenyans were wise enough know who they will elect to be their next leader in 2022.

“What we have witnessed in these BBI rallies is a mission to incite Kenyans against one another. We should preach peace and help unite this country,” he said.

His sentiments were echoed by Narok Woman Representative Soipan Tuya who accused Raila and his allies of promoting division.

The leaders were speaking at Kinamba Catholic Church in Laikipia West constituency during a fundsdrive over the weekend.

By Jefitha Mwai | 3 hours ago