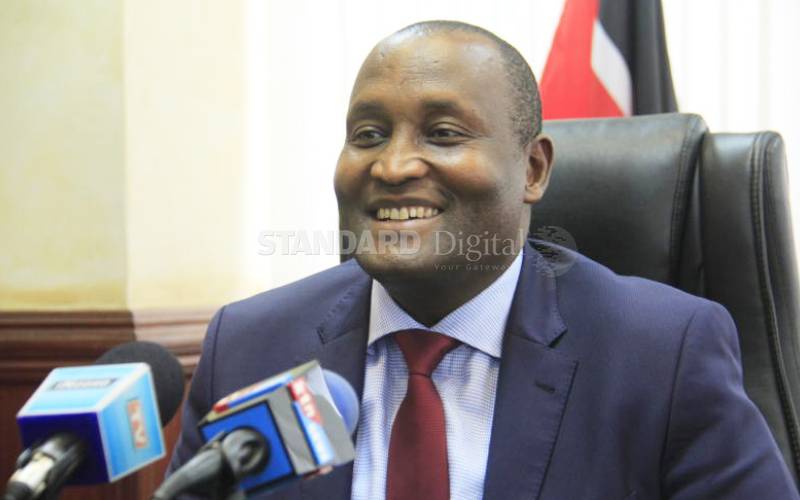 A Court in Nyeri has postponed the hearing of an inquest into the death of former Nyeri Governor, Wahome Gakuru (pictured) after the Director of Public Prosecution (DPP) requested for more time to trace a foreign witness.

Nyeri chief Magistrate Wendy Kagendo adjourned the hearing, which kicked off in February last year, following an application by the DPP to look for a key witness residing in Germany.

Maimanyi said Ebel was expected to produce a motor vehicle assessment report of the ill-fated Benz, reported to have caused the death of the former county boss.

Gakuru died in the road accident at Makenji along Nyeri-Nairobi Highway on November 7, 2017, after the vehicle he was traveling in a ploughed into a metal guard rail and concrete posts.

“The Directorate of Criminal investigation (DCI) has not brought the witness in court to testify, seeing as he is said to be away from his home country,” the SADPP in his application explained.

He said Ebel, an employee of Gotleb Daimler, a subsidiary company of Mercedes Benz could not be reached on time to come and give his evidence.

Gakuru died in the accident at Kabati along the Nyeri-Nairobi Highway on November 7, 2017.

The Sh6 billion factory is expected to create at least 1,400 jobs.

By Nderitu Gichure | 17 hours ago

By Timothy Kariuki | 17 hours ago

By Jane Mugambi | 22 hours ago