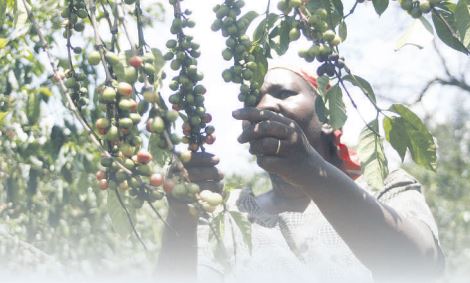 Kenyan coffee farmers look to the 1970s and 80s in nostalgia, and rightfully so. Once the lifeline for thousands of farmers, the sectoris deteriorating. Despite interventions running into billions of shillings, the outlook of the sector remains as gloomy as ever. Across the country, factories that once hummed with activity have gone silent as coffee farming sinks further.

On Wednesday, Kenya will join other coffee producing countries in Brazil, for the 2019 edition of the World Forum Coffee Producers, an assembly of coffee producing countries to come up with a collective solution to challenges facing the sector. As coffee producing countries look to each other for solutions, Kenyan farmers are optimistic, especially in the backdrop of a number of interventions the government is putting in place. Beginning this month, coffee farmers can access advance payment for their parchment after the government set up a Sh3 billion cherry advance revolving fund. Farmers across the country can access loans at an interest rate of three per cent. But there are fears the cherry advance revolving fund will be another burden on already debt weary farmers.

Yet the Sh3 billion is just the most recent of monetary injections into the coffee sector. Others have come in form of debt waivers dating back to President Mwai Kibaki’s tenure and which now total Sh12.2 billion. Each of the taskforces established to resuscitate coffee have recommended debt waivers. In August 2004, President Kibaki waived Sh5.8 billion owed by coffee farmers to the Co-operative Bank. Again, in December 2011, he wrote off Sh3.7 billion. In the 2015/16 budget, President Uhuru Kenyatta allocated Sh1 billion to write off the coffee debt to the Coffee Board and followed that up with another waiverof Sh2.4 billion in 2016.

Debt reliefs According to the Coffee Subsector Implementation Committee (CSIC) appointed in 2016 by President Kenyatta, farmers owed unions, cooperatives and saccos a total of Sh4.78 billion, most of which has already been settled. Yet the jury is still out on the effectiveness of debt reliefs since a number of cooperatives are still sinking in debt. Last year, Murang’a Farmers Cooperative Union, one of 27 that benefited from a debt relief programme, resolved to sell a prime building it owned in Thika Town for Sh300 million to settle a loan. The county government blocked the sale, insisting that it was questionable and demanded the society accounts for the funds it received in the waiverprogramme. The case is symptomatic of a number of cooperatives which despite the debt waivers still continue to surcharge farmers to clear accumulated debts. Coffee Taskforce Chairman Joseph Kieyah told Saturday Standard the taskforce had commissioned a forensic study of all the cooperatives to determine the extent to which the previous waivers were effective. “If we don’t know the amount of debt that the cooperatives are carrying, we might assist the farmers with subsidies. But once they go to get their payment from the cooperatives, their money will be deducted,” Prof Kieyah said. He said the taskforce was keen to find out the effectiveness of the previous debt waiver programmes. Nyeri Senator Ephraim Maina holds that the decline of the coffee sector came with the liberalisation of the industry and splitting of the giant cooperatives. “Those small units became bedeviled with mismanagement and actual plundering of resources even the assets of farmers were disposed of in an opaque way,” he said. The effectiveness of the taskforces has also been questioned, with a number of political leaders and farmers claiming their views had not been sought. “There have been many taskforces but unfortunately they never address the issues down to the farmer. They rely on what they are told by cooperative society managers and marketers,” Maina said. In 2004, a taskforce appointed by then Agriculture Minister Kipruto arap Kirwa advised that the government would be required to inject Sh17 billion into the sector in a debt write off programme. The Kibaki government, Maina said, took heed and decided to clear the farmers loans and about Sh5.6 billion was paid to banks. “That money disappeared through the same hole that farmers’ earnings have been disappearing,” he said, alluding to the management of cooperative societies. Wachira Mwago, a farmer allied to Barichu Cooperative Society in Nyeri, said debt waivers had not achieved the desired result since production had not increased and farmers kept borrowing to sustain themselves. Profitable alternatives “If you waive debt but farmers do not produce to pay the debt, they will borrow again,” Mwago said. Mismanagement of cooperatives, delayed payments to farmers, weak regulatory framework and lack of transparency in the value chain are some of the problems that farmers say are crippling the sector. There have been concerted efforts to streamline the management of coffee societies after numerous reports of embezzlement of funds and mismanagement coming from the farmers. In coffee’s place, farmers are opting out for crops such as macadamia and avocado which promise lucrative returns.

Victory Farm staff call off strike after meeting with management