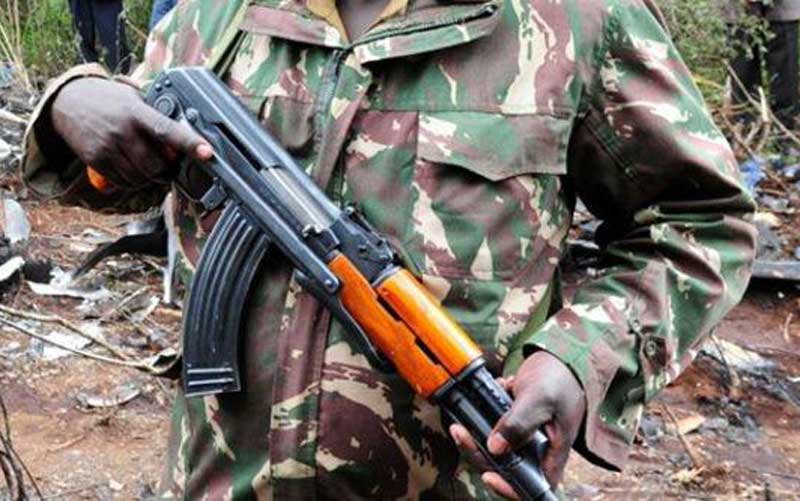 An armed Administration Policeman left three residents of Kiamutugu market in Kirinyaga East Sub-County seriously injured on Friday night. Scores escaped with minor injuries as they fled after the officer used his gun to hit the residents. The officer was reported to have gone to the densely populated market shortly after 10 pm and started unleashing terror on everyone he came across.

Those injured suffered broken ribs, jaws and internal bleeding and was vomiting blood after he was found lying in a ditch. Sub-County police Commander Antony Njoka said the incident was reported to the Kianyaga police station but he could not talk about the fate of the concerned AP officer. “It’s true this incident has been reported but the AP Sub-County Commander Njoka Mukuru should be the right person to comment on his officer,”Mbogo said. The three victims were driven to a private hospital since  public hosptials have been closed down due to the ongoing medics strike.