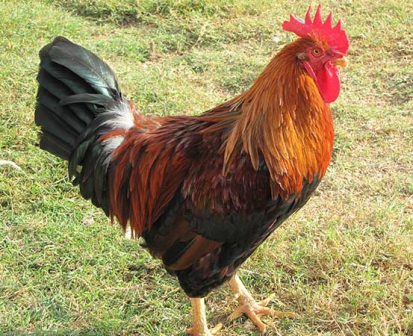 A man from Tharaka North has committed suicide after his wife accidentally broke his cockerel's leg.

Njeru Kaunjugi, 70, allegedly took poison on Tuesday night after threatening to kill his wife for harming his favourite cock.

Villagers told The Standard that after the wife realised that her husband was intending to kill her she fled to the nearby Kamwathu market. Later her sons rushed their father to hospital claiming he had taken poison.

The sobbing wife said: "After my husband threatened to kill me for breaking the biggest cock's leg, I went to hide myself since my sons were not around to defend me. When I can back I found my sons had already arrived but seemed to be carrying somebody. They told me that their father had taken poison."

The elderly man was pronounced dead on arrival at Gatunga Mission Hospital after his sons' attempts to give him first aid failed.

His body is being preserved at Meru Level Five Hospital mortuary.

County police boss Johnston Ipara said police are investigating the incident to establish the cause of death.

He asked residents to use alternative domestic violent resolution mechanisms rather than committing suicide.

"There are better ways to solve problems in the family like involving the village elders. We have had so many reports of people committing suicide due to family issues such as land ownership and domestic violence especially in Tharaka," Mr Ipara added.

A Form Four leaver yesterday told a court in Nakuru he recruited students and lectured at Maasai Mara University.