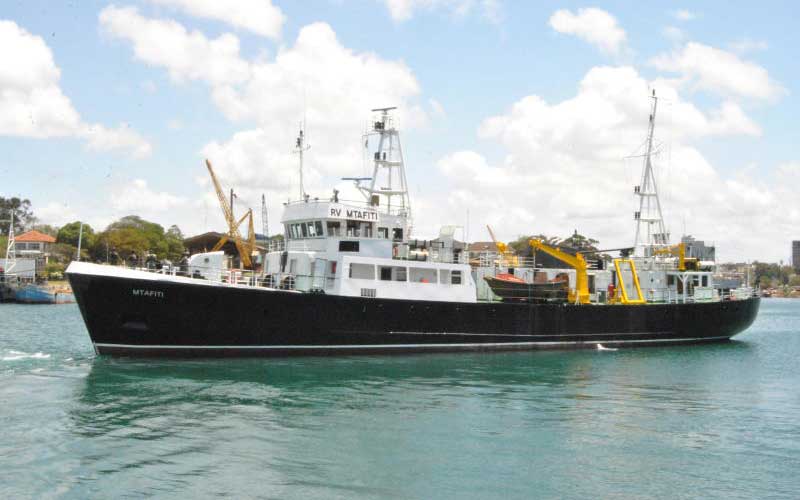 The vessel, which was donated by Belgium to the research institute about five years ago, is valued at hundreds of millions of shillings.

Ezekiel Okemwo, a former managing director at Kemfri, was awarded Sh33 million in salary arrears and Sh20 million in damages for unlawful sacking, plus 14 per cent interest following a successful petition at the Labour court against his dismissal.

Initially, Prof Okemwo was sacked and charged for theft in 1999 but was acquitted in 2012, upon which he sued for damages after KEMFRI declined to reinstate him.

He went to the Labour Court in 2012 for a declaration of wrongfully dismissal, and sought to be paid his withheld salary. He won the case in 2016.

The institute appealed and lost. Last month, Prof Okemwo went to the Labour Court for orders to execute the decree issued in 2016. The orders were issued on January 29.

In seeking the execution orders, Okemwo accused Kemfri of refusing to pay him. He sought an order to auction the institute's property to recover the monies. Last week, the court approved the decree to seize and sell Kemfri's property to pay the debt.

The auctioneer, acting on Mombasa deputy registrar's order, has given the institute 14 days from January 29 to settle the award to Okemwo, or face the auctioneer’s hammer.

“If Kemfri fails to pay Sh81.9 million after 14 days, the auction will take place by way of attachment and sale by public auction of the defendants movable property, office goods, research vessels ship MV Mtafiti, two ships RV Uvumbuzi and RV Utafiti in Kisumu, heavy laboratory equipment and motor vehicles in Mombasa and other stations in the country,” said the registrar.

Okemwo was awarded the amount by Justice James Rika in 2012 after he moved to court accusing the institute of failing to reinstate him following the determination of the criminal case against the State.

In his case before the Labour Court, Okemwo complained that the institute had accused him of committing criminal acts, which they failed to prove.