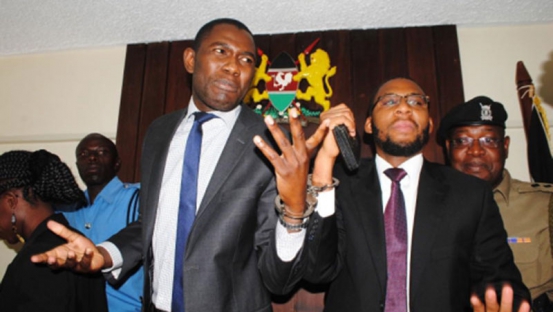 More than 1,600 workers are on a go-slow claiming they have not been paid their allowances.

They are accusing county's health department of failing to implement an agreement between them, the Salaries and Remuneration Commission (SRC), Council of Governors and the Ministry of Health in February.

Speaking to The Standard, Kenya Professional Health Society (KPHS) Secretary General Philip Yator claimed that the National Treasury had released money for allowances, but there was no clear communication from county leadership on why this has not been paid.

Yator said the employees were to receive the allowances backdated to January.

"The county was to pay all employees of 17 cadres' health service allowance while clinical officers were to receive an additional emergency call allowance, this money is yet to be paid by the county," said Yator, a clinical officer.

The employees said they met county officials on March 14, and the chief officer promised to pay the money by the end of last month.

But Baringo Chief Officer of Heath and Finance Richard Koech said the employees will be paid by the end of this week.

Koech said the delay was because of a hitch with the payment system.

"The county is not applying any delay tactics, the IFMIS system had a hitch countrywide," he said.