Hey, this is why your hens stopped laying eggs and they look sickly 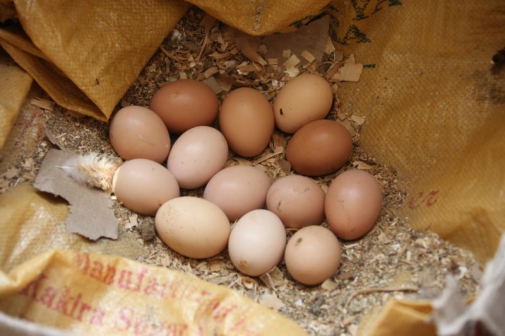 Last week I received an email from an ardent Smart Harvest reader who is a poultry farmer in Athi River.

The email read “Dear daktari, my birds have been laying eggs for two and a half months and suddenly production has dropped significantly.

A few birds are paralysed and some of the few eggs produced have thin shells, what could be the problem?”

On further prodding, I found out that he had recently switched feeds for his birds. Due to the current shortage of food and hiked-up livestock feed prices, he had opted to buy feeds from a company that offered better prices.

The farmer also expressed concerns that one of the paralysed birds had succumbed to the condition.

The birds were at their peak production point when this happened. I figured out that the issue was likely caused by the new feed the farmer had introduced. The only way to find out if the feeds met the standard nutritional requirement was through feed analysis. I therefore took a sample of the feed to the lab for analysis.

The results indicated insufficient mineral content — namely calcium and phosphorous. The birds were suffering from a condition known as “cage layer fatigue”. My advice to the farmer was to switch back to the former feeds and to provide calcium supplements.

“Cage layer fatigue” refers to a condition caused by calcium deficiency in adult laying hens. Signs observed include thin shelled eggs, paralysis, drop and cessation of egg production. If dietary calcium is not provided after paralysis develops, death occurs in one to three days.

Laying birds require a high amount of calcium and lack of it leads to a condition known as osteoporosis — a state in which calcium stored in bones is utilised by the body for production purposes.

In this case there is wasting of the bone material leading to weak and thin bones. In younger birds the condition is presented as rickets.

The same signs are also observed in dietary deficiency of phosphorous as well as in vitamin D deficiency.

Vitamin D is necessary for absorption and metabolism of calcium and phosphorous in the body. In young birds, deficiency in any of the three minerals leads to stiff gait, retarded growth and ruffled feathers.

The three elements should therefore be provided in the required proportion in the laying bird nutrition.

Poultry diet should provide adequate quantities of calcium and phosphorous to avoid deficiencies.

Farmers should avoid going for animal feeds that do not meet the correct formulation standards.

In most countries, regulations and policies are put in place to ensure that feeds sold in the market meet the required standards. This ensures that no unscrupulous feed manufacturers who exploit farmers.

Poultry farmers who formulate their own feeds should ensure that they use the correct formulation for the different stages of life of the bird.

The writer is a veterinary surgeon and runs Nature Kuku, a farm in Naivasha that produces kuku kienyeji breed and trains small holder farmers.

Government to spend Sh15b in next phase of SGR compensations

The contractor who will construct phase 2A of the Standard Gauge Railway (SGR) is ready to start work.