When the digital team at Standard Group crafted the #RememberingMoi social media campaign, they did not anticipate the kind of response, reach, and engagement it would have.

The idea was to post questions on things that were unique to the Late President Moi on the brand's Facebook and Twitter pages, then award people who got the questions right as well as those who tickled their bones.

The grand prize for this was the Moi Cabinets book. 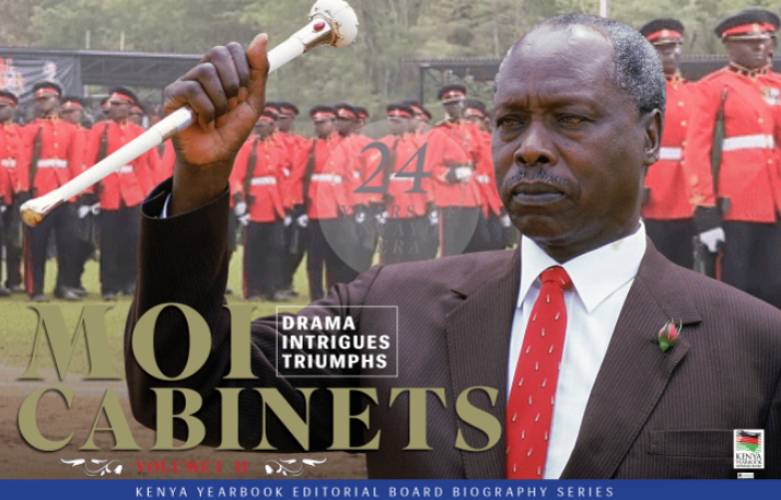 See, if you belong to the baby boomers generation, you most definitely have experienced his rule in your adult life. You knew a couple of his ministers, deputies, some of his close political allies and could have spotted him a couple of times in your life.

How Kittony stormed through male dominated leadership, made a mark

For you, the questions must have been child’s play. However, the millennials were mostly children when he was in power.

This generation vaguely remembers his political stand, his policies let alone ministers that served under him.

Ask any millennial, they probably only remember his rungu, mostly because it was a most fascinating thing about him. It did not come as a surprise that the first people who wanted to get hold of the books were millennials.

The campaign was so successful that one question collectively got close to 1000 responses and Facebook posts reached close to half a million people and got thousands of reply responses in total.

When people were asked what they remember Moi for, here are a couple of things they said.

Hassan Malik Mohamed said “The late Mzee Moi was famous for nurturing peaceful coexistence among Kenyans and Africans as a whole, and entrenched inclusivity in public service. He also promoted the generous Harambee spirit in socio-economic undertakings and environmental conservation.”

One of the most interesting answers the brand got was when people were asked the three words that stood out in Moi’s philosophy, one guy wrote ‘Education, infrastructure, and unity” It is clear that this person never recited the national pledge. Because the words are right there “…in the Nyayo philosophy of peace, love, and unity”

At the end of the campaign, eight people were picked as winners, and those who collected the books, now have a beautiful coffee table book and a rich history about the cabinets of the second president of Kenya. To these people, we say congratulations.

If you missed the challenge, you can purchase the books in a bookshop for Sh3000, or better yet, follow our Facebook and Twitter pages and be on the lookout for the next trivia where you could win the set of books.

The revised code also allows the tech companies a longer period to cut media deals before the state intervenes.