WhatsApp rolls out money payment system in India after Brazil 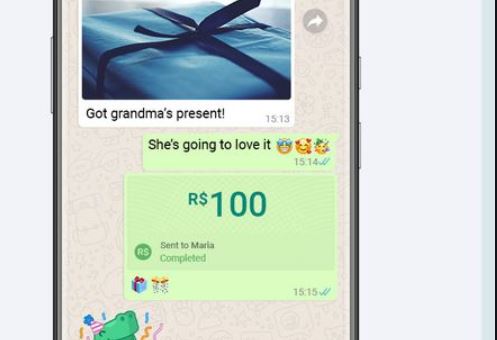 NAIROBI, KENYA: WhatsApp has rolled out system within its app to enable people in India to send money through the messaging application.

A similar system was rolled out in Brazil mid this year allowing users to transfer funds to individuals or local businesses within a chat, attaching payments as they would a photo or video.

However in August according to Reuters, the Brazillian Central Bank said that tests had begun to trial payments via WhatsApp in the country, calling them an “important advance.”

"The system makes transferring money just as easy as sending a message. People can safely send money to a family member or share the cost of goods from a distance without having to exchange cash in person or going to a local bank."

WhatsApp designed the payments feature in partnership with the National Payments Corporation of India (NPCI) using the Unified Payment Interface (UPI), an India-first, real-time payment system that enables transactions with over 160 supported banks.

To send money on WhatsApp in India, it’s necessary to have a bank account and debit card in India. WhatsApp sends instructions to banks, also known as payment service providers, that initiate the transfer of money via UPI between sender and receiver bank accounts.

For Kenya, the implications of launching the service would be especially significant for Safaricom, which has maintained a firm grip on money transfer and digital payments through its flagship platform M-Pesa.

Zuckerberg made a surprise visit to Kenya in September 2016 and interacted with software developers as part of his intention to appreciate how M-Pesa worked.

“I’m here to meet with entrepreneurs and developers and learn about mobile money, where Kenya is the world leader,” he said during that visit.

After this, Facebook started developing a linkage to money transfer on WhatsApp, its hugely popular messaging application.

The tech firm also unveiled a cryptocurrency called Libra, which has been fiercely resisted, even in the United States.
But it is the projected success with Facebook Pay on WhatsApp that could prove to be hugely disruptive as it would be difficult to regulate it anywhere in the world.

Prof Bitange Ndemo said the new digital payment would be a nightmare for existing mobile money transfer platforms.
Ndemo added that WhatsApp has morphed from a messaging app into a fundraising platform.

“It is only through such innovations that there will be competition, which is healthy in cutting costs,” he said.
Ndemo said it would be impossible to resist Facebook Pay in a country where WhatsApp is commonly used.