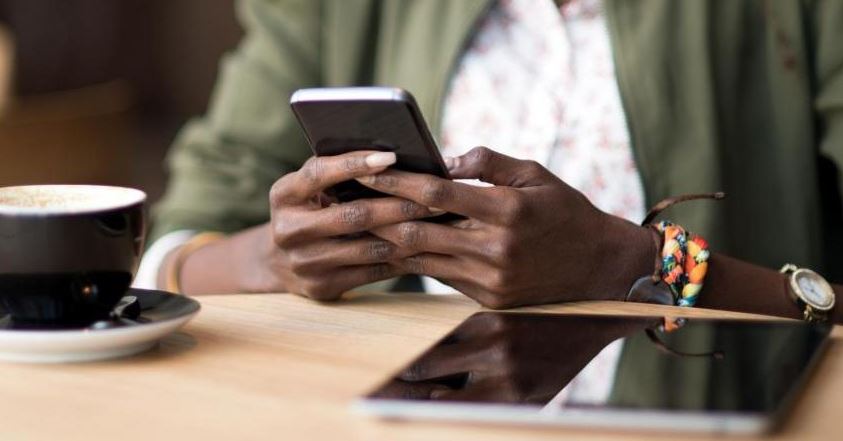 When COVID-19 hit Ivory Coast, Bonaventure Kra, who works at an import-export business, began to worry. Handling hard cash all day was a risk. Queuing in crowded bank branches exposed him to infection.

A woman prepares to perform a financial transaction on her mobile phone at a bank of the French mobile operator Orange in Abidjan, Ivory Coast, September 18, 2020. [Reuters]

Then, in the midst of the pandemic, French telecommunications giant Orange launched an entirely digital bank - its first full banking venture in Africa.

“Going back to cash would be like travelling back in time,” Kra said in the country’s commercial capital, Abidjan. “I intend to use it permanently.”

The dying wallet amid contactless payment

Africa’s mobile phone operators are ramping up plans to bring banking to millions of Africans, in some cases for the first time, after the coronavirus crisis caused a surge in use of digital financial services.

Orange, MTN, Telkom and Vodacom are lowering fees, rolling out new lending services ahead of schedule, and expanding mobile payment networks with the aim of finally denting the so-far unshakeable dominance of cash.

“It’s one of those industries that we consider to be ripe for disruption,” Sibusiso Ngwenya, financial services managing executive at South Africa’s Telkom, told Reuters.

With their revenue under threat as governments cap data prices and customers abandon voice phone services for free messaging apps, telcos have sought to leverage their reach into remote villages and urban shanty towns in a pivot to banking.

The global health crisis has been an unexpected catalyst, with some African governments releasing COVID-19 stimulus grants via mobile money platforms and central banks easing regulations, including limits on mobile transactions.

Orange added over five million new customers for its mobile money services in April and May alone. MTN hit one million South African users in June, when it had expected half of this, and recorded a 28 per cent jump in mobile money transactions per minute across all its African markets in the first half of the year.

Taking on the cash king

Cash is still king in Africa.

It accounts for around 99 per cent of transactions in Nigeria, the continent’s most populous country, and dominates even in South Africa (90-95 per cent) where banking penetration is relatively high, according to a 2017 estimate from consulting firm McKinsey.

World Bank figures indicate just under 43 per cent of sub-Saharan Africans over the age of 15 had a bank account in 2017. The region’s total population stood around 1.1 billion last year.

That presents a huge opportunity, said Francois Jurd de Girancourt, head of McKinsey’s financial institutions practice Africa. Prior to the crisis, it rated the continent as the world’s No.2 market in terms of growth and profitability potential with banking revenues set to hit USD129 billion by 2023.

Telcos are well-positioned to secure a piece of that pie.

By last year, sub-Saharan Africa boasted 469 million mobile money accounts - more than any other region in the world - according to industry body GSMA.

Mobile phone penetration outstrips access to banks. Operators’ distribution models are low-cost. And telcos possess a wealth of customer data they can use to assess lending risk, a big advantage in a region where most markets lack credit bureaus.

Vodacom, the African unit of Britain's Vodafone, is now moving to expand lending, insurance and payment businesses currently available only in South Africa to other markets.

It has advanced by months launches of initiatives like overdrafts for the mobile money agents that work on its behalf, helping customers open accounts and withdraw and deposit cash.

Orange has Mali, Burkina Faso, and Senegal in its sights as expansion markets for Orange Bank Africa, with the timetable dependent upon local regulatory approval.

Both MTN and Telkom, meanwhile, are preparing to offer micro-loans in South Africa, the companies said.

MTN, Africa’s largest operator, will roll out a mobile money offering for businesses, which is currently being piloted in Rwanda, to other markets by the end of the year. It will also pilot an initiative to digitise cash-heavy small businesses in South Africa, namely small shops known as spazas and often located in townships, executives told Reuters.

And after growing the number of vendors accepting payment via its platform by 100,000 in the first half of the year, it has now doubled an end-2021 target to 1 million.

“We are ... using the opportunity that the crisis is offering us to really accelerate,” said Serigne Dioum, who heads MTN’s mobile financial services division.

Mobile operators still have a long way to go to overtake traditional lenders.

Banking revenue pools in sub-Saharan Africa stood around $70 billion in 2019, according to a McKinsey estimate, while the main mobile operators earned less than $3 billion from financial services.

Such factors mean mobile money adoption varies wildly across the continent. Cash use actually rose in some countries during the pandemic.

M-Pesa, run by Vodacom unit Safaricom, dominates the financial system in Kenya. But both MTN and M-Pesa have in the past been forced to drop mobile money initiatives in South Africa after struggling to attract customers.

“You need a massive market share to be making a lot of money just from payments,” said McKinsey’s Jurd de Girancourt, adding that telcos will need customers to use other services too.

“It’s fine if you are M-Pesa. But we’re probably not going to see that,” he said.

Big banks, historically deterred by low incomes and poor infrastructure, are also fighting back and pushing into underserved segments.

They are agreeing partnerships with fintech firms, building their own networks of agents to distribute banking services and launching rival offerings.

Absa is also expanding its Kenyan digital offering to cover full-service banking with roll-outs in Zambia, Botswana and Mauritius set for later this year and the rest of its markets in 2021.

“There is no loser,” Kumar said. “The opportunity is so large that no one player is going to be able to dominate.”

Hundreds of businesses destroyed by fire in Kapenguria

By Vivianne Wandera | 15 days ago