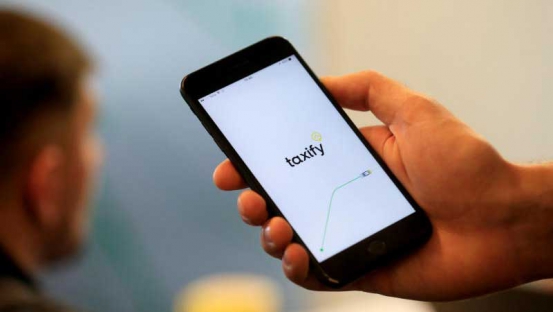 Transport ministry and groups representing drivers working for taxi hailing firms signed a deal on Wednesday that will give drivers higher pay and better working conditions, an official from the taxi drivers’ association said.

Previously, for instance, Uber charged an average Sh14 per km, with 25 percent of this going to the company, and the rest going to the driver, Muteru said.

Uber the new deal the rate would go up to Sh33 per km, with 25 percent going to Uber, he added.

Kenya is Uber’s second-largest market in sub-Saharan Africa, after South Africa. It competes against its global rival Taxify, which has gained popularity in Nairobi in the past year and a half but does not disclose numbers of active riders and users.

As in other markets, these services in Kenya initially faced opposition and sometimes hostility from other taxi drivers.

Drivers and representatives working for ride hailing companies and ministry of transport officials have been meeting most of this week, after the drivers went on strike to protest low fares.

“All that we were looking for, we have been given. All the drivers are now happy. And everybody will now go to work,” David Muteru, chairman of Digital Taxi Association of Kenya, representing more than 2,000 ride hailing taxi drivers, said after the signing of the agreement.

Under the new deal, the association will cushion drivers in the event of falling fares arising from discounts companies offer to passengers, provide security during trips in case of emergencies, while the taxis will have to inspected by the government transport and safety authority.

In Uhuru Park in central Nairobi, hundreds of drivers working for Uber, Taxify, Mondo, and Little Cab sounded their horns and blew whistles to celebrate the deal.

Martin Simiyu, who has been working for a ride hailing taxi for two years, said a recent rise in fuel prices and lower fares for his services had made conditions tough.

“It makes it difficult for my life right now,” he told Reuters.

“We are coming to a place where we can not service these vehicles, we cannot take care of our family, we cannot pay the loans. It becomes hard for us. Why should I keep the vehicle on the road and maybe I’m not getting anything out of it?”

Tullow to resume transport of crude oil next week

Tullow is expected to resume transportation of crude oil from Turkana to Mombasa Wednesday next week.