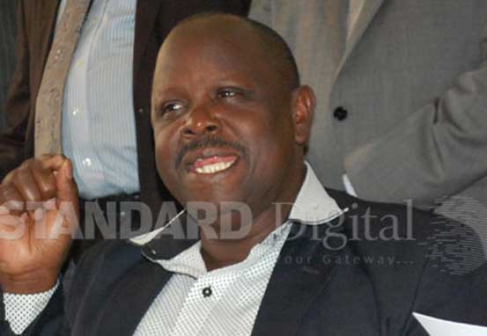 NAIROBI, KENYA: Kenyans took on Bomet Governor Isaack Ruto management style making him one of the most discussed topics on twitter.

Under the #ArrestIsaacRutto, Kenyans made several allegations against the governor especially in regards to his management style of Bomet County.

While some praised Ruto and dismissed the attacks to his association with Raila Odinga’s Nasa Coalition, others had no kind words alledging that he has mismanaged money and mishandled labour issues in the county.

Jasto‏ @JJastus alledged that the Governor has missapropriated funds and the worst being Sh28 million bursary fund.

Purity Amber @AmberPurity claimed the governor incurred an expenditure of Sh 11,080,271 on foreign trips to New Delhi and other countries.

Brian Khaniri‏ contributing under @BKhaniri alledged that Ruto  irregularly authorised payment of Sh31,500,000 for the construction of his office which was not complete 6 months later#ArrestIsaacRutto.

However another group had different view on the topic dismissing it as a politic plan to discredit the governor.

Pro-governor blamed Jubilee coalition bloggers for coming up with the hashtag #ArrestIsaacRutto.

Nico Mutie‏ @nicomutie said  “If this is what @JubileePartyK bloggers are propagating then the internet should be closed even 10 days to the elections. #ArrestIsaacRutto.”

The Central Bank of Kenya (CBK) is working on tougher monetary penalties for errant commercial banks and credit reference bureaus in a bid to streamline the sector.