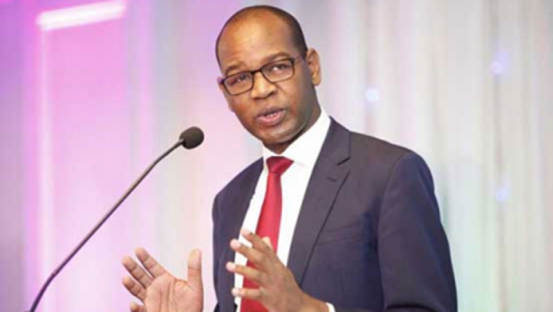 KCB, which also operates in five neighboring countries, had already said it would cut an unspecified number of jobs, mainly due to technological changes and the capping of commercial rates in Kenya last September.

Kenya has been a global pioneer in technological innovations in finance, launching the M-pesa mobile phone cash transfer system a decade ago and the first mobile phone-based bond last month.

The cost of the proposed buyouts, which are being offered in line with local laws, will take a year and a half to recover, KCB said on Thursday.

Staff have a month to apply, and the group plans to complete the exercise in the middle of June, sources at KCB told Reuters.

KCB said the cuts would help it align its staff with a banking industry that had "been dimmed by legislative and regulatory reforms". It also said technological changes were now attracting non-traditional firms into the sector.

The government set a commercial interest rate limit of 400 basis points above the central bank rate, which stands at 10 percent. The cap, which also set a minimum deposit rate, has curbed bank earnings and private sector credit expansion.

The government argued lending rates were too high, a position opposed by banks who argued the cap could lead to credit rationing.