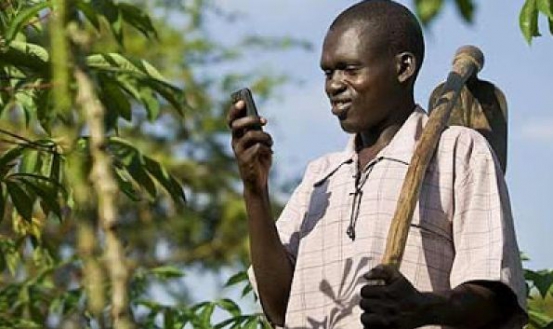 A farmer’s friendly technology that will save farmers from buying substandard seeds and pharmaceutical products has been unveiled.

The Information Technology system that provides an alert on the product through SMS has already been tested in the country and proved effective to detect counterfeits products.

A strategist  director at mPedigree firm Selorm Branttie said the technology will help agro-farmers and customers in the region increase their ability to detect whether the seeds or medicine they intend to buy in the shop is fake by use of a mobile phone.

“We have concluded a Strategic Partnership with Kenya Plant Health Inspectorate Service (KEPHIS) in which our EarlySensor and Ovasight technologies have been deployed into their certification program, thereby blocking any gaps for seed fakers who in the past made fake certificates and tags to push their substandard and low quality agro-inputs,” said Branttie,

He said farmers will be required to send the product's code using SMS to the manufacturing company and get SMS alert of the product.

"We have noted that Kenyans have fallen prey to counterfeit products like seeds and drugs that have flooded the Kenyan market. The 'GoldKeys' technology will offer the best solution to farmers and other customers to detect the authenticity of the product in the market before purchasing it," Branttie said.

He said by sending a short code text message labelled on the product from a mobile phone in any network to the product manufacturer, a farmer is able to know whether the product is genuine.

"The Goldkey technology enables the farmer or a drug buyer to tell the authenticity of the products when a short code message is sent to the manufacturer of the products. It automatically rejects when the products is not genuine," he said.

However the Anti-Counterfeits agency (ACA) has raised red flag over increase cases of Counterfeit seeds in the regions that have affected crop farming. The hardest areas include Western, Rift valley and Uasin Gishu regions.

Mr Branttie said the technology is also used to detect fake pharmaceutical products like malaria drugs and other anti-biotic medicine whose authenticity can be tracked by using an SMS short code which is sent to the product manufacturer.

He said Kenya has already started using the technology when it was first launched in the then country by Public Health and Sanitation Minister Prof Anyang Nyong’o in 2011.

Poisons Board (PPB) has granted them an authorization to protect Medicines in the Country since 2011.

Mr Branttie said Orange deployed the Goldkeys technology in its mHealth program to issue alerts at pharmacies across the country since 2011.He said the platform is also supported by Safaricom and Airtel across the Country.

“We are a multinational firm in more than a dozen countries in Africa, the Middle East, and South Asia. The Kenyan subsidiary is a fully local, Kenyan, company. Countries we are in include India, Egypt and Nigeria,” he said.

“We decided to play a part in the provision of the Charter Incentive Programme, which waived landing fees for charters with 80 per cent of passengers terminating at Mombasa and Malindi airports for the next two years," said Tourism Cabinet Secretary Najib Balala.

By Thomson Reuters Foundation | 19 days ago