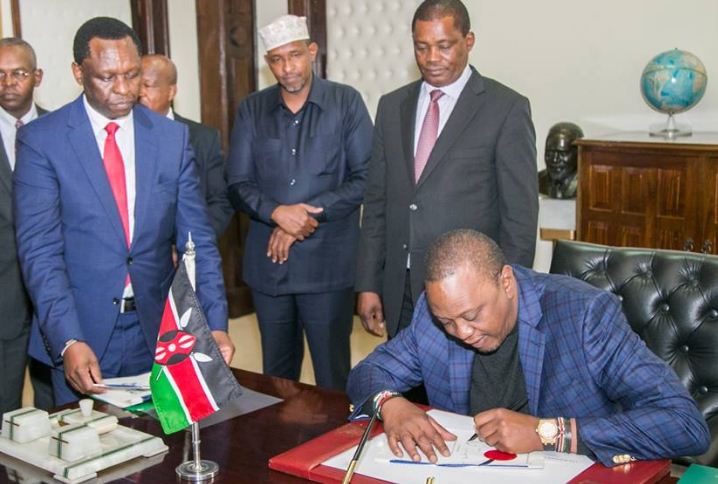 NAIROBI, KENYA:  President Uhuru has signed into law a Bill creating a 15 per cent tax relief for Kenyans buying houses under the Affordable Housing Scheme.

The President signed an amendment to the Income Tax Act to create a new section that establishes an Affordable Housing Relief set at 15 per cent of the gross emoluments. The tax relief is however not supposed to exceed Sh108,000 per annum as set out in the Act.

Affordable housing is one of the main pillars of the President’s Big Four Agenda under which the Government intends to build 500,000 new houses by 2022.

The amendment to the Income Tax Act also includes the introduction of a compensation tax for power producers under a power producing agreement.

He also signed into law an amendment to the Stamp Duty Act to exempt first-time home buyers under the affordable housing scheme from Stamp Duty.

Similarly, the VAT Act amendment zero rates inputs or raw materials for electric accumulators and separators. The aim of the amendment is to support the manufacturing pillar of the Big Four Agenda by making manufacturing of the items, especially batteries, cheaper.

Google has been fined a record Sh500 billion over Android.

By Mwangi Maina | 1 day ago