Kenya’s Lamu Island trapped in the past 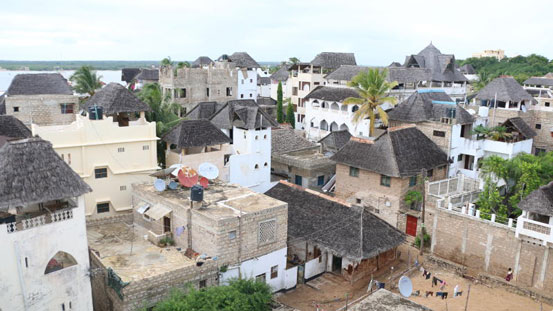 .Lamu Old Town, is one of the oldest and best-preserved Swahili settlements in East Africa

LAMU, KENYA: Little sets apart houses built in the 19th Century or 21st Century. Built from coral stone, and with a ubiquitous white colour, the island’s architecture, like a lot of other things, stood still in time.

Life in Lamu is one of contradictions. The island’s most famous mode of transport is the donkey. But standing on the sea-facing end on what is its main street, the buzz of the occasional motorbike tells you that the town faces a struggle to maintain its historic and cultural heritage amidst the changes of modern-day life.

When Unesco (United Nations Educational, Scientific and Cultural Organisation) declared Lamu a world heritage site in 2001, it was this historic and cultural face that played a part.

On its website, Unesco describes Lamu as maintaining “its social and cultural integrity, as well as retaining its authentic building fabric up to the present day”.

Once described as an island where the only vehicle belonged to the district commissioner, a provincial administrator of times past, today there are many vehicles, mostly owned by state agencies, the county government and at least one owned by a private citizen.

Yet even in the face of a fast-changing world, the island tries to maintain its status. The narrow streets famed of this place remain even in areas beyond the section designated as a world heritage site. The intrinsically carved doors reach out, tempting you to run your fingers along them, which happens quite easily as the narrow streets put the doors right on the edge of footpaths.

Luxury hotels stand side by side with mud and stick shacks. Unlike other areas, the demarcation between residential and commercial centres is not there. Walking out of a hotel and straight into the front yard of a family in their leaning mud hut is not foreign in Shela, a village on the island. Barefoot locals walk along the maze of streets (little more than alleys) below ‘big’ restaurants serving six-course meals.

On Lamu Island, waste water runs in open trenches, ending up in the ocean, right beside the jetty that serves as the islands stage for boats that form the only link with the outside world.

A spatial master plan launched last week, however, promises to change a few things. Key among them on the island being the question of waste management, while still maintaining Lamu as a heritage centre.

By Mwangi Maina | 4 days ago