Tenants for life? Why you are unlikely to own a house in town 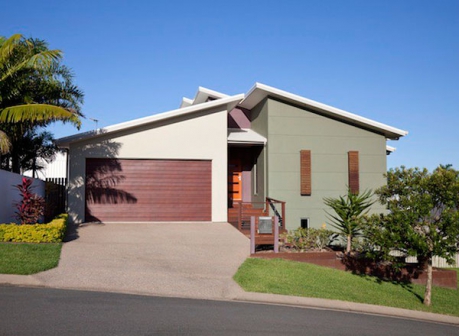 Kenyans in their early to mid-thirties are the biggest cohort in the country’s history.

In the early 1980s, Kenya had the highest population growth rate not just in Africa, but in the world, at 3.8 per cent. It is this group that is settling into adulthood now.

Owning a home is a dream for many of these young adults, particularly those in living urban areas. In rural Kenya, majority already own the houses they live in.

The main problem in rural Kenya is the lack of property titles to prove ownership.

If you were born in the 1980s and parents held salaried jobs in Nairobi, even modest ones such as teacher, nurse or hotelier, they may have already bought a house in the numerous estates that came up at the time – such as Akiba in South C, Buru Buru, or Ngummo.

But there is a certain anguish that you detect in young urban adults in Kenya today – somewhere between age 25 and 35. Reality dawns that you may never own a house the way your parents did at your age.

It is a combination of market failures and structural flaws in the Kenyan economy over the past 30 years, as well regional geopolitics and trends that have conjured up the perfect storm to make renting the “new normal” – a fact that we may ultimately have to make peace with.

According a report on Kenya’s urban trends published by the World Bank, 91 per cent of Nairobi residents rent the houses they live in. The same goes for 90 per cent in Thika, 87 per cent in Mombasa, 86 per cent in Eldoret and 73 per cent in Kisumu.

Those numbers seem hard to believe, especially if you consider the construction boom that has transformed many neighbourhoods in Kenya’s urban centres in the past decade or two. It’s a puzzle – if nearly everybody is renting, who owns the apartment complexes that seem to be springing up everywhere?

The same report revealed that in fact, much of the formal property market is speculative – a full three-quarters (75 per cent) of apartment buyers do so in order to rent them out, and a further 16 per cent purchase them in order to make a “flip” - sell them again quickly at a profit.

It means just 9 per cent of apartments bought in Nairobi are bought by people who intend to live in them – “owner-occupiers”, in technical speak.

It is important to remember that in the first place, 61 per cent of urban families live in slum housing, if we are to follow the MDG definition of slum – the absence of running water, permanent walls, a toilet shared by fewer than 20 people, or a sleeping room shared by fewer than three people. According to data from Ayani Inclusive Financial Sector Consultants, an estimated 70 per cent of Nairobi’s housing stock is small shacks (10 feet by 10 feet) built with wood, tin, galvanised iron sheets, and latticed wooden strips covered with mud.

In other words – and if we are to be honest with ourselves – Nairobi is really a village in disguise, despite its shiny façade.

This is partly driven by the fact that the city is spreading out faster than it is becoming dense, otherwise known as urban sprawl.

A few years ago, neighbourhoods like Ruai, Syokimau and Rongai were not considered part of the city limits. Now, they are, de facto.

This fragmentation of neighbourhoods and the resulting long commutes means that a resident of Nairobi, on average, can reach no more than 8 per cent of all jobs available in the city within 45 minutes. By contrast, in greater London in 2013, this figure was 21.6 per cent. Because of high food costs and urban sprawl, families are forced to make trade-offs between food, transport, proximity to jobs and housing. Many thus choose to live in slums and inferior housing, even when they can technically afford not to.

The shortage of housing in the country’s urban market has been well articulated- Nairobi alone needs 150,000to 200,000 units a year – but it is even more stark when you consider that the government’s investment in housing brought forth just 3,000 units between 2009 and 2012.

In fact, the National Housing Corporation (NHC), the government agency charged with real estate development, completed a mere 45 houses in the whole of 2015 – a single development in Nyeri worth Sh61.5 million. But even the private sector can’t keep up. Despite what appears to be a construction boom at face value, just 7,400 residential units were completed in Nairobi in 2015, according to KNBS data.

Even so, than 80 per cent of supply is for upper-middle (48 per cent) and high-income (35 per cent) properties, and only 2 per cent for low income, despite the far greater need in that segment.

Meanwhile, prices in the formal housing market in Nairobi were nearly three times higher in 2013 than they were in 2000. It is an astonishing property boom that means Nairobi is now the highest priced city in Africa, followed by Cape Town, according to the Knight Frank Prime Global Cities Index.

This has inevitably fuelled speculation that the city’s real estate industry is really a conduit for money laundering and stashing illicit proceeds of corruption, drug trafficking and the like.

There certainly seems to be a disconnect between the value of property and the reality of the average wage earner.

To obtain a mortgage on the lowest-priced property, a borrower would need Sh1 million a year of formal income (Sh84,000 a month).

This means that the family purchasing a low-cost house (Sh2 million) would need to earn well into the top income quintile. But there are almost no properties available below Sh5 million in Nairobi today, and because of high interest rates, mortgage rates are two to three times what you would be paying as rent.

What is instead unfolding is property being used as a store of value or long-term investment, particularly in the light of high inflation and a stock market that is badly underperforming.

Sakina Hassanali of property advisory firm Hass Consult, recently told The Economist the vast majority of properties are being sold to investors, who pay in cash. They are not interested in rental yield, she says—they just want a relatively safe store of money.

This lack of interest in economic viability is supported if you look at data of approved constructions in Nairobi.

The value of commercial properties approved for construction in the city rose to a four year high last October, even as market trends indicate that the segment is already oversupplied.

Data from the Kenya National Bureau of Statistics showed that plans to develop commercial buildings worth Sh13.7 billion were approved in October, up from Sh9.9 billion in January, with properties in Westlands and Upper Hill leading the supply.

But market data indicates that the uptake of commercial space last year was at 1.33 million sq ft, against a supply of 2 million sq ft.

It implies that 33 per cent of office space in the city is lying idle, suggesting that developers are ignoring market data and continuing to build.

As for residential buildings, the value approved dropped to Sh15.5 billion last October from between Sh16 billion and Sh17 billion for most of last year, predominantly in the high-end segment leaving middle and low-income earners unserved.

Because hardly anyone can afford those glitzy flats as an individual, a lot of the property is now being acquired through group purchases such as chamas, Saccos or investment clubs.

But there are also regional fuels to Nairobi’s property boom. Kenya is in a region where there are hardly any options for available even for small to medium investors.

The Nairobi Securities Exchange transacted 44.1 million worth of shares in 2014. By contrast, volume traded in the Dar es Salaam Stock Exchange was 5.7 million, and in Uganda was 2.9 million.

It means that even if you were a clean, non-corrupt person in Uganda, Tanzania or elsewhere in the region with a stash of money you wanted to invest, your options are very narrow. What ends up happening is that Nairobi’s real estate is a regional “bank” for neighbouring countries.

Still, there is also a dark side that we cannot afford to ignore. A recent report by the International Peace Institute )IPI) sounded the alarm on the slow hollowing out of the state by the entrenchment of illicit money from organised crime.

“While to the onlooker Kenya appears to be in a relatively healthy state, it is in fact weakening due to a process of internal decay,” the damning report by IPI states.

“It might sound strange, but illegal activities in Kenya are so entrenched and pervasive that having tough legislation that curbs money laundering could impose a heavy cost on the Kenyan economy and hurt its growth.”

Corruption in government and private sector supplies, tax evasion, cross border money transfers and funds from undisclosed sources are so significant in the Kenyan economy that curtailing them would have a deep and negative impact.

Memorably in 2010, a staggering $2.1 billion (equivalent to 3.8 per cent of GDP, or nearly half of Kenya’s total exports) found its way into the Kenyan economy without the government being able to explain its source.

The lesson for young Kenyans looking enviously at all the fancy proporties coming up – relax, rent, and join a “serious” chama group which will make you part-owner of an apartment somewhere. This is the new normal.

5 things to keep in mind for job growth

The rising gap between academia and industry has meant that recruiters are experiencing challenges identifying suitable matches from job prospects, despite the rising unemployment levels.

By Susan Mucheke | 4 days ago