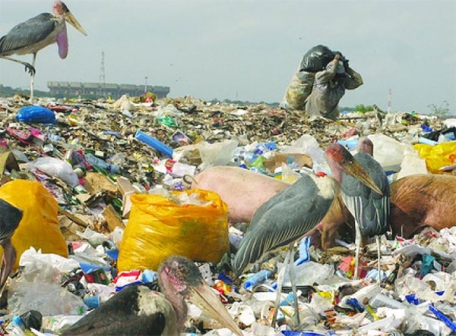 Two reports associated with dumpsites hit the local headlines recently. The first one relates to Nairobi County Government’s efforts to relocate Dandora Dumpsite to another site near Ruai.

This elicited varied reactions from the hordes of people who rummage through the site for livelihood. It is said to be a cash-cow for cartels that control entry into the site.

The other story came from a dumpsite in Nakuru. The KTN story featured a group of men and women who said their lives depend on the dumpsite, with some young men saying they may turn to crime if the site is relocated. The two matters are still pending.

What do the two reports have in common? While the two dumpsites are home to some urban poor, it is interesting to note that wasted food takes a huge percentage of the garbage. And why should this matter?

A recent Food and Agricultural Organisation report states that waste of a staggering 1.3 billion tonnes of food per year is not only causing major economic losses but also causing significant harm to the natural resources that we rely on to feed ourselves.

Here are some more statistics: Each year, food that is produced but not eaten guzzles up a volume of water equivalent to a six-month flow of the Nile River and is responsible for adding 3.3 billion tonnes of greenhouse gases to the planet’s atmosphere.

In addition to its environmental impacts, the direct economic consequences to producers of food wastage (excluding fish and seafood), is in the tune of $750 billion (Sh75 trillion) annually, FAO’s report estimates.

Fifty-four per cent of the world’s food wastage occurs “upstream” during production, post-harvest handling and storage, according to FAO. Forty-six per cent of it happens “downstream”, at the processing, distribution and consumption stages. Developing countries such as Kenya suffer more food losses during agricultural production, while food waste at the retail and consumer levels tends to be higher in middle and high-income regions — where it accounts for 31-39 per cent of total wastage - than in low-income regions (4-16 per cent).

The later a food product is lost along the chain, the greater the environmental consequences, FAO’s report notes, since the environmental costs incurred during processing, transport, storage and cooking must be added to the initial production costs.

Looking back : The era of KANU youth wingers

Turner & Townsend, a global construction and management firm, has opened an office in Nairobi. The official launch took place last week and was attended by industry players in the property, infrastructure, mining and energy sectors.