Nandi Hills, a gem in the North Rift

The Aroma of freshly brewed tea is what fills the air as one takes an evening walk in Nandi Hills. The breeze is fresh and attractive sceneries are landmarks of one of the highest points of the North Rift.

The town sits on a region, rich with beautiful green table of tea plantations and both indigenous and exotic forests not to mention the landscapes from where one can see a magnificent view of Nyanza Province and Lake Victoria.

The town is the headquarters of the infant Nandi East district that was recently curved out of the larger Nandi.

It is an enjoining point for travellers to and from Kisumu, Kericho and other parts of Nyanza and Western Provinces from Eldoret, the North Rift’s major town.

It’s a place with rich heritage and culture of the Nandi Community. A few metres from the Nandi East DC’s office is a shrine of the great Nandi Orkoiyot Koitalel arap Samoei. The Government has already erected a Sh58 million mausoleum in Koitalel’s honour, which now stands as a landmark in the town and is expected to bring in tourists.

On the west side of the town at Kapsimotwo is a steep Morobi Hill where the aged used to voluntarily end their lives by plunging into an escarpment in a ceremony called Sheu (Plunging backwards in unison after counselling).

At the ridges, beautiful plains of Nyando are clearly visible.

With 13 tea factories owned by multinationals, the town is a major business hub in the region. The tea industry employs over 30,000 workers who are housed in respective estates but often shop or seek medication and other needs in the town.

Given the rising population and the elevation of the town to a district headquarters recently, Nandi Hills is facing a serious housing problem. Most civil servants live in neighbouring towns including Kapsabet, Kisumu or Eldoret while those who secure houses in Nandi Hills are forced to dig deeper into their pockets.

The rent for a two bed-roomed house in the town is between Sh4,000 and Sh6,000 a month, depending on its location. Single rooms within the town council fetch up to Sh2,000 per month.

There is shortage of land for other forms of development to cater for the rising population since the tea plantations have taken most of the land. The few plots available go for as much as Sh250,000 an acre. As a means of intervention the town council issued a notice to owners of undeveloped plots to have them developed or be repossessed.

The town is yet to recover from effects of the post-election violence of 2007. A leading Petrol station was razed down while a number of shops were looted.

Major commercial banks have made inroads in the town the latest being Trans National Bank. Others are Kenya Commercial Bank, Equity Bank and Post office Savings Bank. Several Savings and Credit Cooperative Societies (Saccos) have opened small banks to benefit their members.

Accessing Nandi Hills by air has been made easier thanks to the many airstrips in the tea estates and the Eldoret International Airport. Recreational facilities are well developed in the area and are ideal for tourist although most of them are exclusive for members.

Bears club located two kilometres from the town centre, is a spot not to be missed by its members. Its attractive lawns and golf course makes for a magnificent view that stretch into the horizon.

The vibrant multi-billion shilling real estate sub-sector may be thriving but most of the buildings coming up do not meet the required standards. 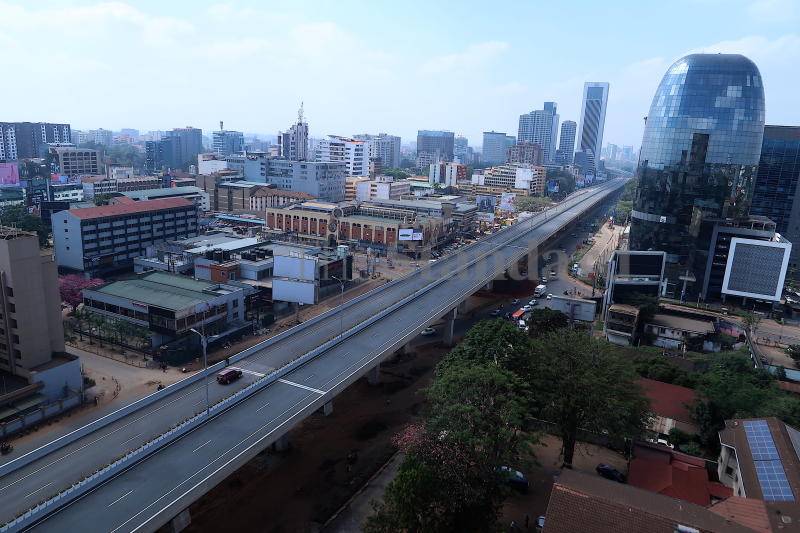 By James Wanzala | 11 days ago