Calls of sober leadership and peace dominated the first anniversary of President Moi's death at his Kabarak home in Nakuru County.

Led by President Uhuru Kenyatta, leaders unanimously urged Kenyans and politicians to maintain peace to avoid undoing the gains Kenya had earned over the years, amid a political cycle.

Uhuru regretted the style of politics currently being displayed in the political arena, seeking respect.

“The arrogance we are seeing in today’s leadership raises many questions into the future of our country,” he noted.

The president said no leader had more authority than the other, urging those present and those not to lead in the footsteps of former President Moi, who he remembered as a father to many.

“I would not be where I am today were it not for his guidance,” Uhuru reminisced.

Former Vice Presidents Musalia Mudavadi and Kalonzo Musyoka who attended the anniversary echoed the president’s sentiments, condemning the violence and insults as has been witnessed in functions and rallies across the country in recent weeks.

Mudavadi: “Let’s move away from impunity and the culture of insults. Let’s resect Chapter 6 of the Constitution. Hii mambo ya kurukaruka inatuaibisha…”

The ANC Party leader remembered Moi as a humble but no-nonsense man. “Moi was the epitome of humility. But if you crossed his path the wrong way, you would not want to remember what you did,” he recalled.

Wiper Leader Kalonzo Musyoka, however, took a swipe at Deputy President William Ruto over his continued ‘Hustler-Dynasty’ narrative, saying that he should respect the late president considering he was his ‘student’.

“If I was Ruto, ningemheshimu mheshimiwa (I would respect the late). In fact, he was more of a son than Gideon,” Kalonzo said, annoyedby the chaos witnessed at a burial in Kisii earlier in the week, attended by both DP Ruto and ODM leader Raila Odinga.

Nakuru Governor Lee Kinyanjui who also took to the podium said, “We have no problem with anybody seeking public favour but it should not be at the cost of peace.”

The leaders praised former President Daniel Moi for his efforts to cultivate education in Kenya, build schools and empower women.

The former president died a year ago today at Nairobi Hospital. He was aged 96.

He was also Kenya’s second president and was in power for 24 years, making him the longest-serving president. 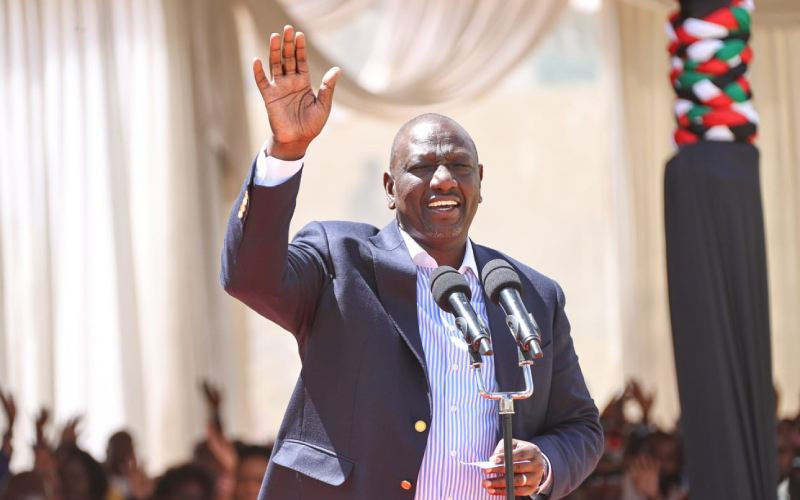