What a presidential poll petition would be about

There will be a presidential election petition. In part, it would seem this fact has stubbornly become a prominent feature of our electoral tradition.

A key feature of court petitions is that they present disputes in form of questions for the court to resolve. These questions are usually supported by possible answers the court may adopt, backed by evidence and supported by argument.

What the fundamental question of the first 2022 presidential election petition will not be, is whether Raila Odinga or William Ruto won or lost. This would probably be an easier petition to defend than the one that will likely be litigated.

Instead, the question will revolve around the credibility of the electoral process. If the question were posed in absolute terms: Was it credible or not, yes or no? We might not even need to go to the Supreme Court.

It is nonetheless a fact that the credibility of this election is in serious question. In absolute terms, this wasn’t a perfect election. And maybe, the fact that this is glaringly apparent, is what has the nation gripped in palpable anxiety.

Unfortunately, if the credibility of the electoral process comes into question, this invites the exhausting prospect of the nullification of the elections, and the conduct of a fresh one. Once we venture into this realm of possibilities, the person who benefits the most from a nullification is Deputy President William Ruto. This is because a nullification offers him a fighting chance, by prolonging the electoral process, and offering him yet another chance at seeking the presidency, with a new set of odds.

This then leads me to pose the question: Is it possible that one DP Ruto deliberately miss-engineered this election? Is it possible that he deliberately interfered with the electoral process in various ways, with the ultimate aim of gathering sufficient evidence to put the credibility of the electoral process into question, and thereby secure a nullification?

The Maraga 2017 Supreme Court, and the 2022 BBI Supreme Court cases set precedents that tell us how much our courts prioritise sanctity of process and procedure, sometimes possibly above substance, and possibly even above the sovereign will of the people.

A tactful schemer may take advantage of this. Such a person may stall substantive progress, by motivating sufficient chaos, to benefit from the intervention of a perfectionist and idealistic Judiciary; thereby gaining a desired order out of the deliberately infused chaos.

Unfortunately, the nature of the presidential petition is such that its central feature is not the question of the culpability of those who may have contributed to making the process less credible.

The court will not ask who is to blame. It will primarily focus on the credibility of the process, and the entity that will be held to account is the IEBC. It is they that any petitioner will of priority ask the court to compel them to answer credibility questions.

Is it possible that what we are witnessing, is the outcome of the obsessive desperation for power? Is this the conniving genius of a diabolical menace who stood to lose too much if he didn’t throw everything he had at the Goliath, otherwise called the presidency, which he had studied diligently for three decades.

In part, the genius of our Constitution is that it seeks to prioritise the sovereignty of the people. It recognises the imperfection of our democracy, even as it seeks to bring out the best in us.

Being an imperfect democracy with fallible institutions, the possibility of errors being committed during a democratic exercise is a real possibility, but this should not completely subvert the will of the people.

In my humble but considered view, the most fundamental question of the 2022 presidential election petition, will be this: Was the election credible enough? Despite whatever errors there may have been, engineered or otherwise, was the sovereign will of the people ascertainable?

I assert this in the spirit of consequentialist jurisprudence, specifically: If a Raila and Martha win is clear, what would be the cost to a politically fatigued country, of taking us back to the ballot? It is unimaginable.

And taking us back to another election would arguably be done to satisfy the legal opinion of six Supreme Court judges – if they nullify, one if William Ruto doesn’t concede and two, the pursuit of practically unattainable idealist perfection in a process that involved simultaneous expression of over 14 million voters through one pen and six pieces of paper.

Do these three things – the opinion of six, the desperation of one, and practically unattainable perfection - rank above the sacred sovereign will of the people, and the best interests of this republic?

By Babere Kerata Chacha 1 day ago
Opinion
Premium Give Queen Elizabeth a break; it's unAfrican to attack the dead 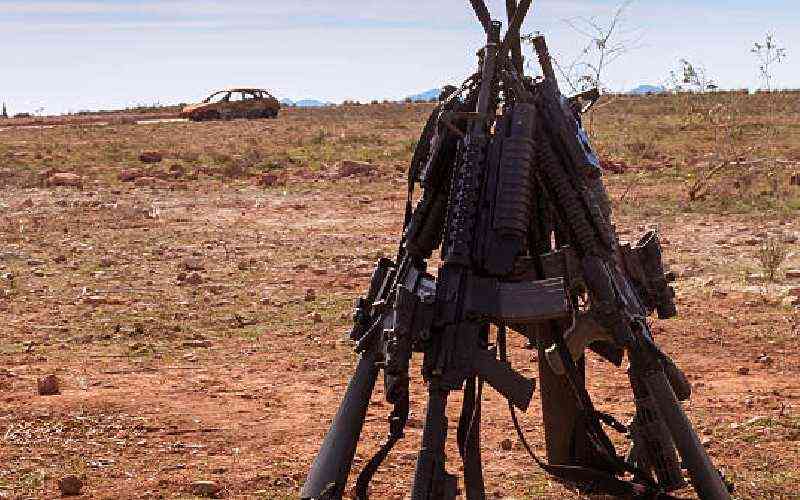 By Terry Ramadhani 3 days ago
Opinion
Kemsa not a lost cause, it can deliver world-class solutions