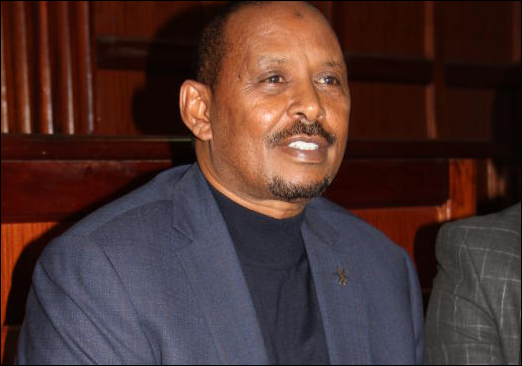 Wajir East MP Rashid Kassim (pictured), who was arrested on Thursday for assault, appeared in court yesterday after reportedly being admitted to a Nairobi hospital.

The legislator was charged with assaulting Wajir Woman Rep Fatuma Gedi in Parliament and released on a Sh100,000 bond.

He had been booked in at Kileleshwa Police Station after he was accused of assaulting Gedi.

Gedi, who has since recorded statements at Parliament Police Station has claimed that the MP rained blows on her for failing to push for CDF cash for the constituency. She told the police that Kassim also called her stupid.

She said to have been walking to Parliament’s parking lot with Homa Bay Woman Rep Gladys Wanga when she was attacked.

Yesterday, police officers at Kileleshwa Police Station and Kilimani Police Division said the MP was rushed to hospital at around 2am, yesterday, after complaining of chest pains.