Government extended a helping hand, but did it reach the intended beneficiaries? 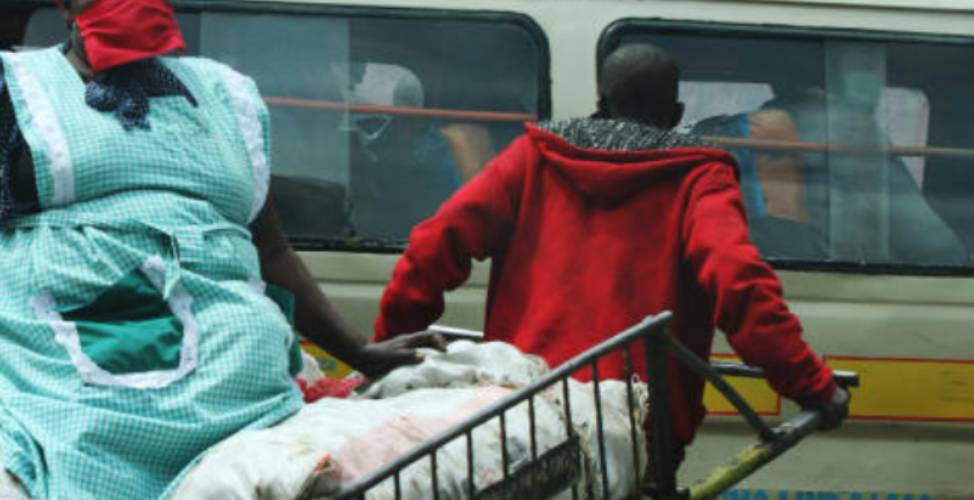 When the Covid-19 pandemic docked the Kenyan shores, every sector of the economy was shaken, forcing the government to embark on a salvaging mission, which has posted a mixed bag of fortunes, one year on.

President Uhuru Kenyatta, barely three weeks after the first coronavirus case was confirmed in the country, announced a raft of measures to help sectors that were most affected.

In his maiden speech post the confirmation, he announced a Sh100 million to cushion local artistes from the effects of the pandemic.

President Kenyatta said in a bid to empower the youth and foster sustainable livelihoods, local artistes would get a portion of the money every month.

He said the fund would allow artistes, actors and musicians to continue entertaining the public through TV, radio and the internet.

The Ministry of Sports, Culture and Heritage launched the “Work for Pay” where artistes from different creative sectors were required to produce works that entertain and educate Kenyans and the world on the safety and health precautions to stop the spread of Covid-19.

“The Sh100m is therefore not a reservoir of free funds, but a provision to educate, innovate, sustain and improve our output as a sector,” said sports CS Amina Mohamed during the launch of the fund last year.

But the amount was too little, according to some artistes, to help them during the pandemic period.

Brian Ouko, alias Khaligraph Jones, an award winning hip hop musician, said the amount given was not worth the trouble of applying for it.

“If you check the amount you are given vis a vis the cash you will spend in recording a music video you are better off not applying for the cash,” said Khaligraph.

For music producer Eric Owino, alias Ricobeatz, the cash he received from the government for the stimulus did not do much for him.

“I got Sh10,000 for a promo music video I had done to create awareness, it did not make any difference for me,” said Ricobeatz.

The tourism sector received the knockout blow from the pandemic. With planes grounded and the world going on a lockdown, the country’s second highest contributor to GDP was staring at a total collapse.

The government, under the Tourism Finance Corporation (TFC), started a Sh3 billion economic stimulus to help hotels navigate through the economic storms occasioned by the pandemic.

The money is in the form of a loan that attracts an interest rate of five per cent with a 10-year repayment period.

The loan would only benefit businesses that are registered with the Tourism Regulatory Authority and ready to use locally available workforce and materials to promote the government’s policy of Buy Kenya, Build Kenya.

While the president had announced a Sh3 billion stimulus package, the National Treasury reduced the amount to Sh2.2 billion and TFC was in charge of the funds.

The fund was divided into two, with the lion’s share of 60 per cent going to the Coast region while the rest of the country was expected to share the other 40 per cent.

But at the Coast, the fund ran into headwinds, with hoteliers shying away from it. So bad was the situation that TFC had to extend their deadline of issuing the cash.

Out of Sh1.3 billion that the region had been allocated, the State corporation had given out Sh300 million, painting a grim picture of the situation.

A paltry nine hotels in the Coast region got the money, forcing the corporation to extend the deadline to get more hoteliers on board.

Yet to be disbursed

Interestingly, the money is yet to be disbursed to the hotels as the clock ticks to the end of the financial year.

Given the dire situation, TFC had to undertake a sensitisation drive to shore up the numbers of hoteliers applying for the government loan.

Since the extension of the deadline, the State corporation has received 60 applications from the region, which are in the process of verification.

The TFC boss attributed the low intake of the funds to applicants not fully understanding what the cash was meant for from the word go.

”The biggest challenge has been on documentation and people applying for the wrong purposes. Instead of refurbishment they were asking us to buy off or sell off their loans among other non-priority expenditures,” said TFC Chief Executive Officer Jonah Orumoi.

Under the stimulus package, single establishments are eligible for Sh50 million, while a hotel chain can get as much as Sh200 million.

While the amount looks good for boosting business, most of the medium and small hotels in the Coast region have opted not to apply for the loans.

According to Director of Africa Kenya Village Hotel Caroline Anami, the small players in the sector have been locked out by the tough requirements for one to access the funds.

Anami argued that the requirements were suitable for the bigger hotels with the paper work involved discouraging hotels in applying.

“Majority of us the medium and small hotels in the region were left in the dark regarding the stimulus, we do not fully understand what and how it is applied,” she said.

The government had identified small and medium enterprises as a sector that needed its intervention during the pandemic.

The sector was left on its death bed when the government initiated various measures to tame the spread of the virus.

The sector, which, according to the Kenya National Bureau of Statistics (KNBS) constitutes 98 per cent of registered businesses in the country, was left reeling after restrictions of movement was enforced.

The government under the aegis of the post-covid economic recovery plan announced a Sh3 billion credit guarantee scheme to help SMEs to access loans.

The State introduced this scheme to encourage the banking sector to extend loans to the small businesses, despite its highly volatile nature of defaulting loans.

Traditionally, SMEs have faced systemic challenges, leading to a mortality rate of 75 per cent within three years of inception due to difficulty of access to finance and market, lack of information and management skills, access to technology, infrastructure challenges and unsupportive policies, among others.

The government gave directive to issue these loans at a time when the sector that contributes 83.6 per cent of new jobs, according to KNBS 2019 Economic Survey, was facing eminent death was imperative.

Under the scheme, the SMEs were to access cheap loans from seven local banks verified by the Central Bank of Kenya.

The money was appropriated by the National Assembly for rollout in the current financial year.

While the banks were present during the signing of the deal, only Diamond Trust Bank (DTB) announced early last month that they will lend at least Sh1.6 billion to SMEs from the credit guarantee scheme, with less than three months before the current financial year lapses.

This fuelled the fear that the bulk of SMEs will not benefit from the scheme.

According to Micro and Small Enterprises Authority (MSEA) CEO Henry Rithaa, the scheme runs the risk of not helping the targeted group because the bulk of the recipients was not made credit ready before rollout of the loan.

“The major challenge will be the historical problem of a majority of SMEs not meeting the requirements of the lender. So, the scheme will end up helping the same old enterprises with little or no new entrants getting the funds,” Ritha told the Sunday Standard.

According to the latest data from the government, 84.4 per cent of SMEs are in the service industry, 11.8 per cent in manufacturing while 3.3 and 0.5 per cent are in agri-business and construction industries, respectively.

Jane Wanyoike owns a small eatery along Ngong Road in Nairobi. Her business was hugely affected by the pandemic, but she cannot access the cheap loans from the government.

“The requirements from the bank is what has kept me off. It is tailored not to accept new entrants, for instance, where will I find a one-year financial statement yet my business is not a year old?” asked Wanyoike.

In spite of their reference as the backbone of the Kenyan economy, SMEs have seemingly remained in the cold when it comes to financing access.

And the emergence of the Covid-19 pandemic has tightened complications for the businesses, as commercial banks view them as more risky entities, hence pushing back against loan issuance to SMEs.

British Airways calls for vaccinated people to travel without restrictions

By Boniface Okendo | 5 hours ago