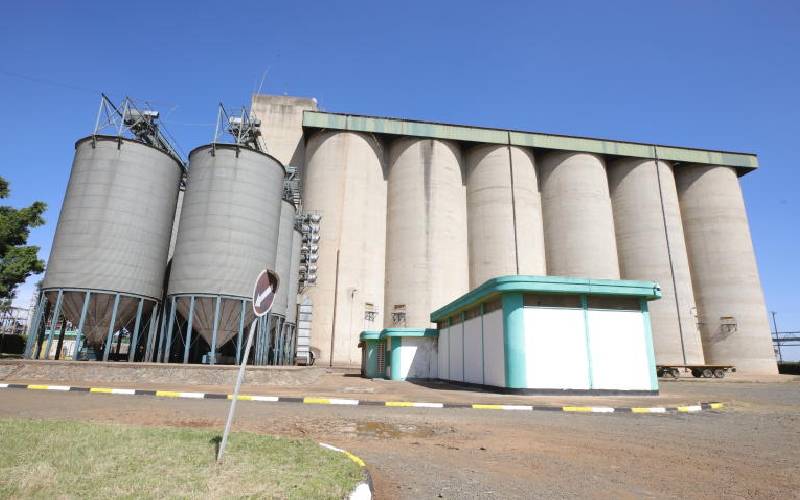 The National Cereals and Produce Board (NCPB) will no longer store maize and other grains for redistribution to Kenyans in need of relief food.

This follows a change of strategy to concentrate on its core mandate.

NCPB will instead be a major player in the warehousing industry, competing with private sector players owing to its huge storage facilities strategically located in key grain baskets across the country.

NCPB could, however, be ragged by the bureaucracy that characterises State-owned entities as well as loopholes that have in the past made it a soft target for graft through which large sums of money has been lost.

The mandate to secure food for relief and emergency will now be undertaken by the Ministry of Devolution, which, however, lacks storage facilities close to food-producing regions.

The cereals board will also have to acquire grains and other foods from private warehouses that may not be considered strategic in nature of relief food or urgent, with their key driver being profit.

NCPB will, however, continue playing a price stabilisation role, cushioning both farmers and consumers from major price shocks that may occur due to glut or a drop in production that usually results in a hike in consumer prices.

“Under the reforms, we have undertaken in the grain sector, NCPB is not required to store any food for distribution as an aid. It is supposed to create a trading division that buys cereals for sale to make money and sustain operations as well as intervene in the market to stabilise prices,” said Agriculture Cabinet Secretary Peter Munya.

“If we require food for whatever reason, the Ministry of Devolution, which is supposed to offer relief, is supposed to buy the food separately. If there is food in NCPB stores and the board feels that it can sell to the agencies that are involved, then it can do so, but it is not a requirement.”

“Even the maize that NCPB is buying now is for purposes of trading. They are buying hoping the prices improve and they can sell and make some money, which will help them maintain those stores and their operations,” Munya observed.

NCBP’s shift in the direction followed the disbanding of the Strategic Food Reserve Fund as well as its oversight board.

Then there were concerns that this would have a huge impact on the country’s food security status.

Munya noted that NCPB will no longer be tied to previous requirements, where the Strategic Food Reserve was required to have a minimum of three million bags of maize for use in times of emergencies.

There were concerns that higher maize prices towards the end of last year would affect the capability of NCPB to meet the strategic food reserve target. “There is no requirement to store three million bags. That was the old regulation… it is no longer the case,” said Munya.

The changes have largely been occasioned by the recently enacted Warehouse Receipt System Act, 2019 and subsequent regulations that have been gazetted to enable the implementation of the new law.

“In the reformed grain sector, and once the warehousing receipting system kicks off properly, relief food is supposed to be bought from certified warehouses – private and government-owned,” Munya noted.

“We have liberalised the warehousing sector. It will no longer be controlled by the government. NCPB will be a competitor like any other player and there is no requirement that the relief agencies buy food from NCPB. “We are not going back to the old regime of buying and storing maize for purposes of relief.”

He said the State has other relief mechanisms such as cash transfers for the elderly already in place.

Once the warehousing system takes root, the government, he noted, can consider giving vulnerable people ‘electronic money’, with which they can claim food from the warehouses.

Establishment of the warehouse receipt system also paves way for the creation of a commodity exchange, where buyers and sellers trade commodity-related contracts within rules set by the exchange.

Such a marketplace makes it possible to trade agricultural commodities without middlemen. Munya said the cereals board will, however, continue playing a price stabilising role, maintaining certain prices to cushion farmers from rock bottom prices when there are bumper harvests.

It will also protect consumers from sharp spikes in the cost of flour and cereals during poor harvests.

This, Munya noted, was experienced in December when NCPB bought a 90-kilogramme bag at Sh2,500 which saw private millers increase their offer to farmers to Sh2,700.

“The other reason is to intervene in the market to stabilise prices. In the recent past when NCPB started buying from farmers, millers increased prices. We set the price at Sh2,500 per bag and the private millers are now buying at Sh2,700,” he said.