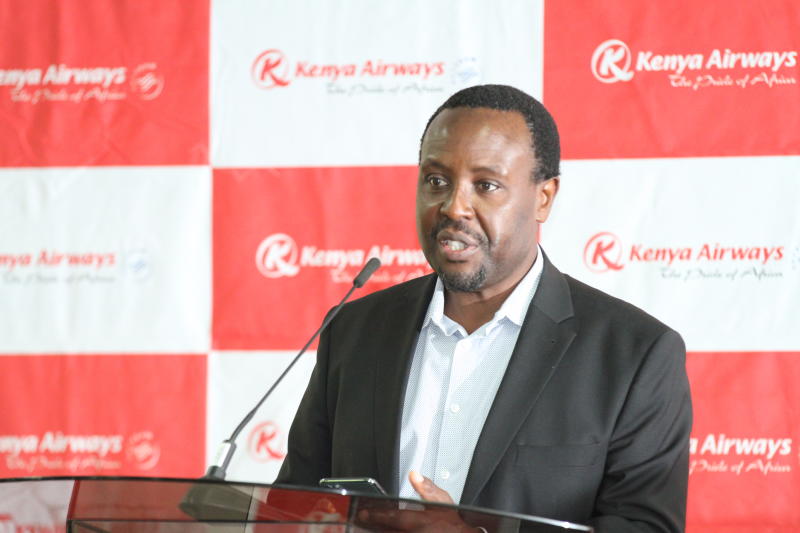 The much-awaited resumption of international passenger flights was launched yesterday amid a brewing spat between Kenya and Tanzania.

Tanzania on Friday released a statement that bars Kenya Airways (KQ) from accessing Dar es Salaam, Kilimanjaro and Zanzibar. The ban was a result of Kenya leaving out its neighbour from the list of countries cleared to access Kenya’s airspace.

“There is no bad blood between us and Tanzania. This is an issue that will be resolved in due time,” he said.

After a 130 days’ hiatus caused by Covid-19, the plane engines roared back to life as the first flight left for Addis Ababa, just over two weeks since the domestic flights resumed.

Kenya Airways Chief Executive Allan Kilavuka (pictured) said that while the carrier is immediately flying into Europe and Africa, the US remains inaccessible for now as the airline monitors demand. He expects the route to restart in October, same as Thailand and China.

“The number of destinations is changing with demand. We had announced 27 destinations earlier but have had to take them to 30,” Mr Kilavuka said.

“These protocols will be reviewed every three months. They were last reviewed two days ago,” he said.

He further said that arrivals from countries that have risk of Covid-19 transmission will be quarantined in designated government facilities or at home in line with the Ministry of Health guidelines.

But even those arriving from countries less susceptible will be required to take a test 96 hours prior to travel.

The airline’s passengers yesterday expressed delight at the reopening, with Alexander Kasiu, who works in Rwanda, and his wife Faith, only wary of the rapid rate of spread of Covid-19 in Kenya.

Kenya Airways Chairman Michael Joseph, who was on the first flight to London, called the moment “emotional”.