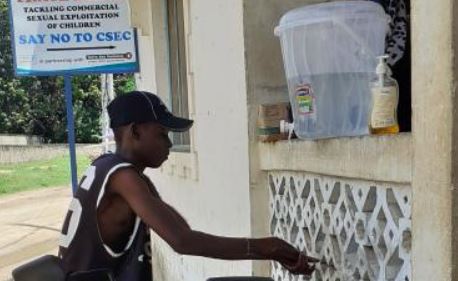 Average weekly income in the informal sector has decreased by half in less than two months since the first case of Covid-19 was reported in Kenya, a new survey shows.

The pay has dropped to Sh1,220 from Sh2,380 before the disease, according to a study by United States International University– Africa (USIU-A) on the pandemic’s effect in the informal sector.

The research involved 657 randomly selected people from 26 counties with 59 per cent of the respondents being employees.

It found that 13 per cent of respondents had lost jobs, 18 per cent were spending the money they had set aside for other things such as business and others have already moved from urban to rural areas in the hope that life is more bearable there.

“Evidence has shown that workers who have some form of employment contracts are less susceptible to income shocks in the short run,” said the study report.

In addition, 83 per cent of the workers are yet to get any form of support. For those who have received support, most of it has been from the private sector (71 per cent) with non-profit organisations contributing 12 per cent.

County governments have dished out 11 per cent of the aid, religious organisations seven per cent and national government two per cent.

Most of the support is in form of protective equipment such as sanitisers, face masks, soap and water basins, and more of the aid (53 per cent) has gone to men than to women (47 per cent).

Covid-19: Kenya sends 300 bouquets of flowers to UK in solidarity

The consignment was flown by the national carrier Kenya Airways Friday night and received by Flamingo Limited UK.