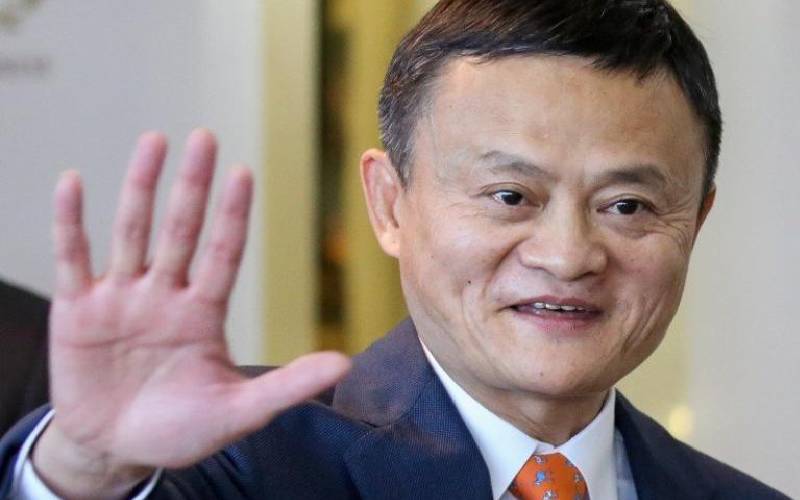 Some of the wealthiest people in the world have not been left behind in the efforts to combat coronavirus. The pandemic has been ravaging the globe for close to four months since its outbreak in China. Bellow is a list of some of the businessmen and how they have responded to a call to support efforts to fight the pandemic.

Kenya is among countries set to receive equipment to aid the fight against the virus from Chinese billionaire Jack Ma, who is also the co-founder of Alibaba Group, a Chinese multinational technology company. This will be Ma’s second donation to Kenya. In a tweet, Ma said the donations are already on the way. The donations, to be distributed to 54 countries in Africa, include 500 ventilators, 200,000 suits and face shields, 2,000 thermometers, one million swabs and extraction kits and 500,000 gloves.

The first donation from the businessman to Kenya arrived at Jomo Kenyatta International Airport on March 24. They included testing kits, protective gear and medical equipment.

Ma has also pledged Sh1.5 billion ($14 million) to help develop a Covid-19 vaccine. On March 13, he announced a donation of 500,000 testing kits and one million face masks to the US. He has also sent medical equipment and test kits to Italy and to several other countries across Latin America and Asia.

His foundation and Alibaba’s corporate foundation have also established the Global MediXchange to help doctors across the world share best practices to deal with the pandemic.

Bill and Melinda Gates Foundation is set to fund construction of factories that will manufacture seven coronavirus vaccines. The Microsoft co-founder announced on February 5, 2020 that the Bill and Melinda Gates Foundation would commit about Sh10.6 billion ($100 million) to help global detection, isolation and treatment of the disease. More than half of the money will go towards developing vaccines, treatment and diagnostics. He also called for a national tracking system for coronavirus in the US during a Reddit AMA (Ask Me Anything) on March 18, 2020.

Zimbabwe’s richest man in January announced he would pay health workers subsidies of between Z$5,000 to Z$10,000 ($200 to $400) for six months to end a strike that threatened to cripple healthcare.

The donations include protective clothing, cash, life and health insurance and transport for nurses and doctors. Masiyiwa’s company, Econet Group, will oversee the programme. He announced this through Ecosure, the insurance unit of Cassava Smartech Zimbabwe Ltd.

On March 17, 2020, Facebook announced a $100 million (Sh10.6 billion) grant to aid small businesses impacted by Covid-19. The social media giant also committed $20 million (about Sh2 billion) in donations to the United Nations Foundation, the World Health Organisation (WHO) and the US Centres for Disease Control (CDC).

On March 21, 2020, Zuckerberg announced Facebook would donate its emergency reserve of 720,000 masks to health workers. The masks had been purchased in the event the California wildfires continued.

The British billionaire and chemical engineer has also responded to calls to help the war against the virus. His chemical powerhouse, Ineos Group, has embarked on building two hand sanitiser plants — one in England and another one in Germany.

According to The Guardian, the company plans to produce one million bottles a month when the plants are fully operational and provide hand sanitisers to hospitals for free.

Dangote and a top Nigerian entrepreneur launched a coalition of private sector organisations to support the country’s efforts to stem the spread of coronavirus, according to Nigeria’s local media.

On March 25, Dangote, who heads Dangote Industries Limited, and Herbert Wigwe, who is the MD of the Access Bank Group in Nigeria, announced they had launched the Coalition Against Coronavirus.

The initiative will involve setting up of “fully-equipped medical tents” to be used for housing patients. They will also serve as training, testing, isolation and treatment centres.

The coalition’s task included mobilising the private sector in shaping public awareness, as well as directing support for both private and public health institutions. Through his Aliko Dangote Foundation, Dangote will be making the largest single donation by a corporate in the country to contain the spread of coronavirus since Nigeria recorded its first index case last month in Lagos, Nigeria.

Nigeria has over 230 confirmed cases. With a population of over 200 million, combating the disease before community spread takes root will be crucial.

The third-generation scion of Mahindra & Mahindra tweeted on March 22 that the conglomerate will start producing ventilators. Mahindra also offered the company’s resorts as temporary care facilities and said he would donate his salary to create a fund for small businesses and the self-employed.

The richest man in the world, who is the founder and CEO of Amazon, which deals in e-commerce, cloud computing, digital streaming and artificial intelligence, and who is worth over $110 billion, has joined the race to rescue people from the ravages of Covid-19. He announced a donation that was a ‘$100 million gift to Feeding America’ to help feed a growing number of out-of-job Americans.

The 56-year-old billionaire made the announcement on Instagram saying he will distribute the funds to national network of food banks and food pantries, getting food to those countless families who need it.

Closer home, Kenyan business magnate and the chairman of Devki Group has also donated Sh100 million worth of oxygen to all government hospitals in the country. “I hereby confirm the pledge to donate oxygen worth Sh100 million to all government hospitals throughout the country. Oxygen will be collected from our Mombasa, Ruiru, and Athi River Devki Steel Mills Ltd factories in exchange of empty cylinders,” said the businessman.

The former New York City mayor, philanthropist and media billionaire, announced that his organisation, Bloomberg LP, would donate $40 million to “prevent and slow” the spread of coronavirus.

The billionaire politician made the announcement in a tweet, saying his philanthropic organisation would commit money to fight the pandemic. He noted that “millions of lives and livelihoods depend on getting this response right”.

He is the founder and executive chairman of African Rainbow Minerals, which has interests in gold, ferrous metals, base metals, and platinum.

Rupert and Oppenheimer families, the richest in the country, had each contributed R1 billion earlier to assist small businesses and their employees affected by the coronavirus pandemic. The country has had to deal with a 21-day lockdown that has seen businesses collapse with people’s inability to move out of their homes denting the economy.

As a result, the government has been scrapping for cash and resources from everywhere.