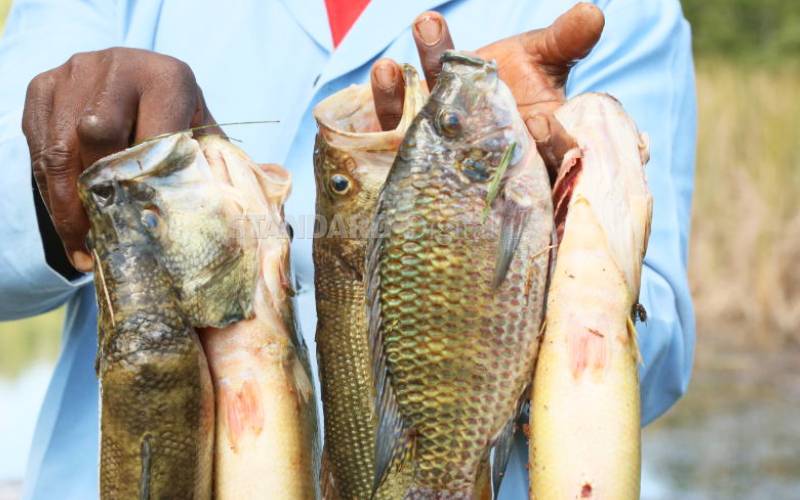 Fish traders in Lamu are counting losses following a series of power outages that began in late December.

The outages have led to tonnes of spoilt fish.

Speaking during protests over the weekend, members of the boat operators association accused Kenya Power of failing in its mandate to ensure a steady electricity supply that was necessary for preserving fish.

“Since last week Kenya Power officials have been giving us assurances that they are working on the line, yet there is no single day when we do not experience power outages, sometimes lasting for more than 10 hours,” said Swaleh Bundi, a fish dealer.

“We’ve had discussions with the Kenya Power's Lamu office and we have been given assurances that the power line issue will be resolved in ten days,” he said.

Kenya Power branch manager Bernard Kataka told The Standard that the firm was working with technicians to resolve a transmission issue.

He blamed the outages on the destruction of a pylon by the Al Shabaab terror group in 2017.

“We regret the power outages and the losses it has caused businesses and would like to assure the Lamu public that the issue is being resolved between Tana River and Lamu County where there was a small hitch with our transmission line,” Kataka said.

“In our blue economy, we need assurances by stakeholders such as Kenya Power that power outages will not be the reason why Lamu continues to lag behind,” he said.