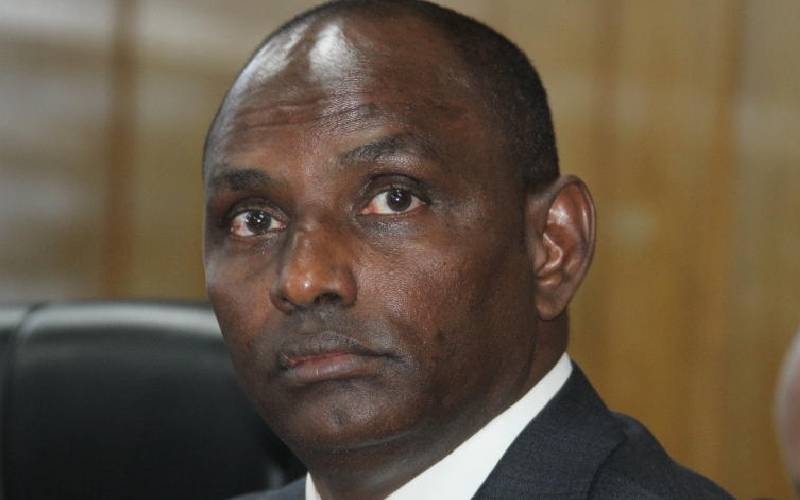 Treasury Cabinet Secretary Ukur Yatani (pictured) has outlined a Sh2.7 trillion spending plan in the next financial year. For the first time in years, the government plans to spend less in the following financial year than it is in the current one.

According to the Draft Budget Policy Statement for the 2020-21 financial year, of the total allocation, Sh1.2 trillion has been set aside for recurrent expenditure, an increase of Sh42 billion from the current financial year.

“The Big Four is a solid development agenda designed to help achieve the social and economic pillars of our Vision 2030 and the development aspirations espoused in the Kenyan Constitution,” said the Treasury in its statement released yesterday.

“Actualisation of policies and programmes under each pillar is expected to accelerate and sustain inclusive growth, create opportunities for decent jobs, reduce poverty and income inequality.”

The education sector has seen the largest allocation at Sh507 billion, an increase of Sh13 billion from the current financial year.

At the same time, the energy, infrastructure and ICT sectors have seen their budgetary allocations slashed from Sh435 billion allocated in the 2019-20 financial year to Sh408 billion in the upcoming financial year, with Sh71 billion specifically for Big Four projects.

According to the Treasury, part of the projects set for implementation in the near-term include construction of 65,051 housing units, construction of 48 Bus Rapid Transport (BRT) stations, park and ride facilities, as well as four depots and 60 kilometres of BRT lanes.

The allocations are also expected to facilitate completion of the Last Mile electricity project that includes the construction of 2,946 kilometres of transmission lines and 21 sub-stations.

The health sector has been allocated Sh112.9 billion, with Sh62.7 billion for recurrent and Sh50.2 billion for development expenditure.

At the same time, the government has reduced the allocation to the agricultural sector, despite a looming threat to food security occasioned by prolonged rains in several parts of the country and a locust invasion that could spread to other food-growing regions.

Budgetary allocations for agriculture, rural and urban development in the 2020-21 financial year has reduced to Sh48 billion, an 18 per cent drop from Sh59 billion.

“Locust invasion witnessed in the country in late 2019 and early 2020 poses a risk to agricultural production and food security,” said the Treasury.

“These shocks are likely to have a negative impact on energy generation and agricultural output leading to higher inflation that could slow down economic growth.”