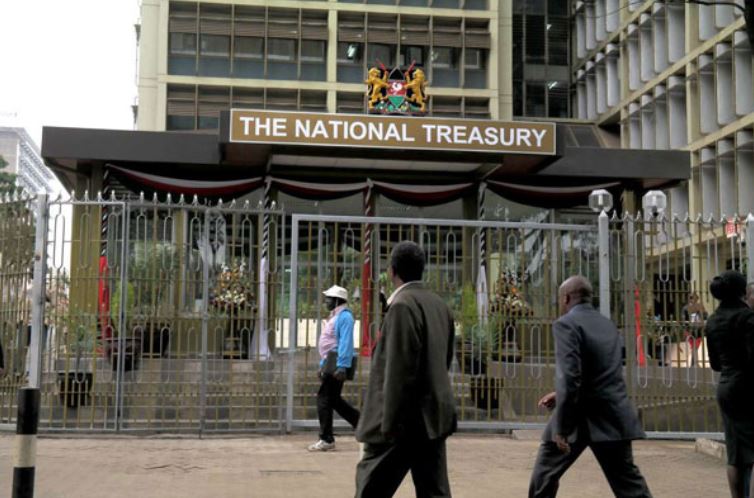 ?The Office of the President and Parliament are the main culprits in flouting Treasury’s austerity measures, splurging billions of taxpayers’ cash on travel and hospitality.

As a result, the government spent an additional Sh1 billion on non-essential items in the first quarter of the current financial year, dealing a major blow to the much-touted austerity agenda.

According to the latest data from the Controller of Budget, State corporations spent Sh5.1 billion on travel, printing and advertising, training and hospitality.

This represented a 20 per cent rise in costs from a similar period in the 2018/19 financial year. In the first quarter of the financial year that ended in June 2019, the national government spent Sh4.2 billion on these items.

Also as part of the fiscal consolidation plan, the government was to mop up all the surplus cash from State agencies as it moved to finance President Uhuru Kenyatta’s Big Four agenda without incurring more debt.

But between July and September, things went awry, with spending on domestic travel increasing by 23 per cent to Sh2.1 billion compared to Sh1.7 billion in the first quarter of the 2018/19 financial year.

Expenditure on foreign travel went up by 20 per cent to hit Sh1.4 billion in the period under review from Sh1.1 billion in the same period the previous year.

“In the period under review, travelling expenditure recorded the highest expenditure at Sh3.5 billion, which comprised domestic travel of Sh2.1 billion and Sh1.4 billion on foreign travels. This was followed by Sh828.7 million on rentals rates-non-residential buildings and Sh806.1 million on hospitality,” read part of the report by the new Controller of Budget Dr Margaret Nyakang’o.

MPs were the biggest spenders on domestic travel, splashing Sh864 million on trips around the country in the first three months of the current financial year compared to Sh699 million in the same period in the previous year.

Lawmakers also spent Sh349.3 million on foreign travel in the period under review, up from Sh324 million in the same period in 2018.

The Presidency - which comprises both Kenyatta’s and his deputy William Ruto’s offices - almost doubled its expenditure on foreign travel to Sh30.4 million from Sh16.8 million previously.

Training, another expenditure item that the government hopes to freeze, grew by 23 per cent during this period from an average of Sh533 million to Sh683.7 million.

Even after most state corporations made it clear that such things as tea, snacks, water and other accompaniment would be off the menu, spending on hospitality increased by 12 per cent to Sh806 million from Sh719 million.

Meanwhile, spending on printing and advertising increased by 13.1 per cent in the first quarter of the financial year ending June 2019 to Sh71.5 million from Sh63.2 million in the same period in the 2018/19 financial year.

Data released last month by Treasury showed that the wastefulness extended into November as the government continued to live beyond its means. The data showed that the State borrowed heavily to settle massive bills to pensioners and creditors.

Between July and November, the government’s success in raising more revenue was blighted by an even bigger increase in expenditure despite tea, refreshments and other snacks being off the menu.

Although recurrent spending on administration and wages grew at a slower rate than taxes collected, overall spending, including development and payment of pensions and debts, increased much faster.

President Kenyatta has two years to actualise his Big Four plan. He might not want it delayed by slashing the budget to some of its projects. If anything, he might prefer even more borrowing to see through his legacy project by the time he moves from State House by 2022.

Attempts by the National Treasury to narrow the budget deficit- the difference between a country’s expenditure and tax revenues- were not that successful.

Known as the fiscal deficit, it was estimated at Sh721.1 billion - equivalent to 7.7 per cent of Gross Domestic Product (GDP) - against a targeted deficit of Sh650.5 billion or 6.8 per cent of GDP.

The government has projected to borrow Sh640.2 billion to plug this financial year’s budget hole. This is 6.2 per cent of GDP.

Of the Sh640.2 billion, the government expects to borrow Sh331.3 billion from external investors, preferably from multilateral creditors such as the World Bank.

Tourism industry stakeholders at the Coast are optimistic of a better 2020, with calls to sustain the gains made in 2019.