We are not convinced, Senators say on debt ceiling cap proposal 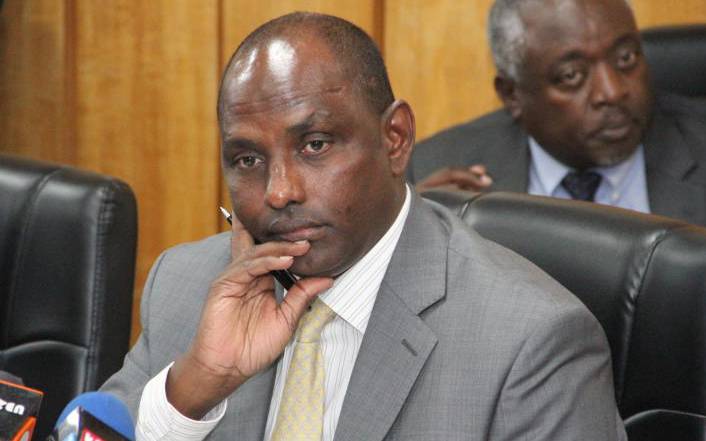 The government’s plan to raise the debt ceiling to Sh9 trillion is facing an uphill task after senators claimed they were not convinced by the reasons advanced by acting Treasury Cabinet Secretary Ukur Yattani.

Appearing before the Senate Finance Committee yesterday, Mr Yattani (pictured) maintained that the ceiling was the only solution for Kenya not to “crash”.

“I really want you to accept that this is the best proposal for this country. You’ll still be enforcing the borrowing through the annual budget, this is just a palliative. It will give us an opportunity to handle these expensive loans,” he said.

The debt cap proposal is among fiscal consolidation measures by the National Treasury to tame the rising debt that hit the Sh6 trillion mark in August.

Treasury wants the Public Financial Management Act amended to delete the words “50 per cent of gross domestic product in net present value terms” and replace it with “nine trillion shillings”.

The National Assembly recently voted to adopt the new ceiling and Yattani appealed to the senators to do the same, saying that the limit was just a target and not the amount they would borrow.

He said Kenya needed to move away from commercial loans with high interest rates and short repayment period.

Instead, Kenya would now concentrate on multi-lateral loans that have a longer grace period and lower interest terms.

Makueni Senator Mutula Kilonzo Jr said he was not persuaded by Treasury’s proposals. He said the CS had presented figures on debt that were not updated - at Sh5.8 trillion yet the current debt was at Sh6 trillion.

He also said Treasury was not heeding recommendations from the Senate in the past.

The Senator said Yattani had not presented evidence of multi-lateral lenders ready to take on the expensive loans and debt had risen by 36 per cent in six years. “You are asking us to give you room of Sh3 trillion just like that, I don’t see evidence of restructuring,” he said. “In short, we are not convinced.”

Bungoma Senator Moses Wetangula accused the Treasury of “negligence” pointing out that they had borrowed Sh288 billion from the Trade and Development Bank at interest of 9.4 per cent and maturing in 2036.

Annual production is now estimated at 12 million tonnes, according to industry leaders, including the capacities of new plants and enhanced yields.