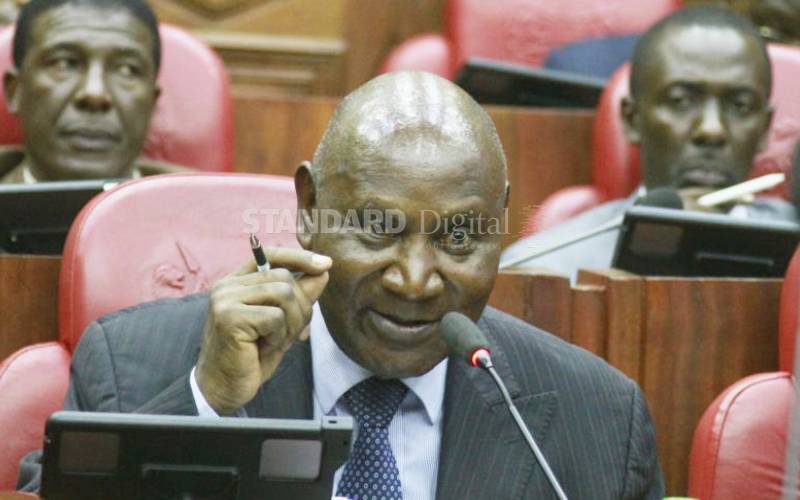 The list of the candidates was published yesterday in local dailies by the Public Service Commission (PSC).

Insiders privy to the selection process have informed The Standard that already there is intense lobbying within Government circles to influence the outcome.

In a recent interview with The Standard, Ouko exuded confidence that his exist did not create a vacuum, as he had put in place proper structures to ensure continuity regardless of who would succeed him.

He noted that the Public Audit Act guides the mandate of the Auditor General’s office, and would do the same to his successor.

His office has remained vacant with no one appointed to fill it in acting capacity. A proposal in the Public Audit Act, which had created room for PSC to appoint the Deputy Auditor General to act, was rejected by the High Court.

Yesterday the PSC announced that the interviews would take place for four days beginning next week Tuesday.

“Shortlisted candidates are invited for interviews at the Annex Boardroom, Commission House, along Harambee Avenue, Nairobi, on the dates and times specified in the schedule,” reads the advert by the selection panel.

“The candidates should bring with them original documents such as Identification Cards (ID) or passports.”

The candidates will also be required to present academic and professional certificates and transcripts, clearance certificates from Kenya Revenue Authority (KRA), Higher Education Loans Board, Ethics and Anti-Corruption Commission (EACC) as well as clearances from the Directorate Criminal Investigations (DCI) and Credit Reference Bureau.

The selection panel at the same time urged the public to furnish it with any credible information of interest on any of the shortlisted candidates in writing by tomorrow.

The panel also averred that the full list of those who applied for the job could be accessed on its website, and the Kenya Gazette.

Since 1955, there have been eight occupants of the Auditor General’s office.

The office has proved to be a critical organ in the State’s accountability machinery, exposing a myriad of graft cases in Government.

The name of the candidate selected by the panel will be forwarded to the President, who will in turn communicate it to Parliament for vetting and approval.

National Assembly Public Accounts Committee (PAC) chairman Opiyo Wandayi, who interacts with the audit reports on a daily basis, yesterday called on the selection panel to give equal chance to all the candidates.

“The exercise should be objective, devoid of bias and focused on competence. We want to end up with the right candidate,” Mr Wandayi, who is also the MP for Ugunja, said.

He added: “There should be no regional considerations.”

Local politicians were also blamed for doing little to champion their needs.

By Standard Correspondent | 21 hours ago