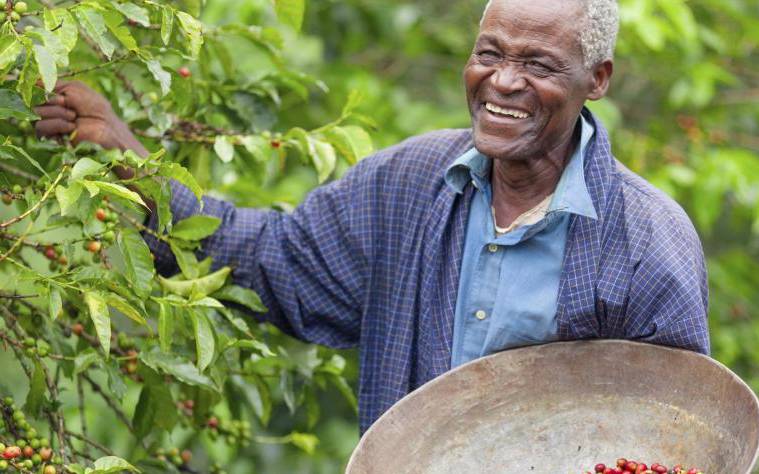 The State may have to go back to the drawing board after the latest efforts aimed at reforming the coffee sector fell flat.

The newly published Crops (Coffee) (General) Regulations, 2019 that had been billed as the magic bullet to cure the insidious rot bedevilling the once glorious sector are the latest to run into headwinds.

The farmers have drafted a comprehensive memorandum expressing their reservations with the Government’s plan on reforming the coffee sub-sector.

The cooperative societies are now demanding that the rules be withdrawn to allow for more negotiations, failure to which they will move to court to block their implementation.

The regulations, which were published on July 1, arose from the Coffee Sector Task Force that was formed by President Uhuru Kenyatta, which after presenting its report, was converted into an implementation team. Among the radical proposals contained in the regulations is the requirement for the digitisation of the crop’s value chain by next year.

Farmers feel complying with the requirement would be too costly, coming at a time when returns from the crop are at an all-time low.

Another contentious regulation is the requirement for pulping stations to take samples to independent cupping laboratories for quality analysis. “This will lead to the reduced amount of coffee being taken to the market,” said Kirinyaga County-based Baragwi Farmers Co-operative Society Chairman Kimani Gatuguta. 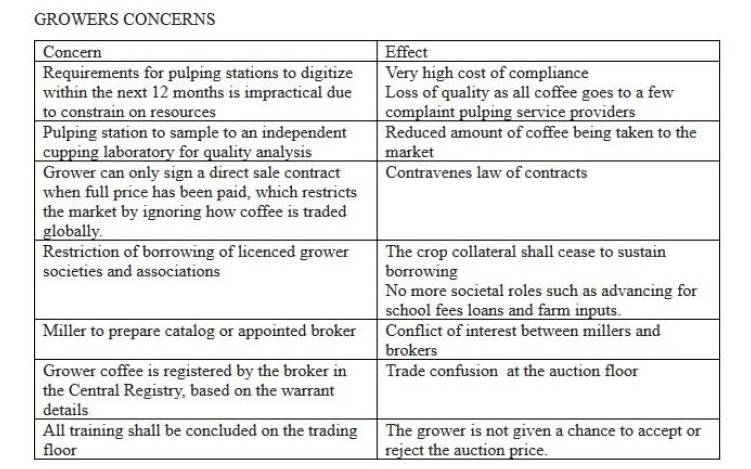 The farmers contended that they were not consulted as per the constitutional requirement of public participation, yet as coffee growers, they are principal stakeholders in the coffee sector.

“The preamble to the regulations clearly state that the Cabinet Secretary only consulted the Agriculture and Food Authority and County Governments,” said the cooperatives in the memorandum signed by their chairmen.

They further argued that the regulations are not pegged on any policy document developed by the Government in relation to the coffee sector and would only serve to increase the running costs of coffee growing and handling.

The farmers also expressed concern that the rules would cause confusion in the sector.

This is in light of the requirement for the establishment of two sources of sales catalogues, one from the miller and another from the broker, all presenting coffees belonging to the same grower.

“With the miller consulting the brokers, the miller may have to consult tens of brokers so as to do one catalogue of which not all brokers may be in agreement with the miller. The miller might decide to set aside the opinion of the broker, hence effectively turning the miller into a broker,” explained the unions.

Another concern, according to the growers, is that the rules do not address production challenges.

They argue that coffee production in the country has stagnated at around 40,000 metric tonnes over the past five years.

“Production is not only a factor of the price distribution, which is what these rules have majored on,” they said. The growers said the rules at the same time fail to appreciate the role of the small and medium estate coffee growers who are the producers of at least 30 per cent of the country’s coffee.

“Their rights to determine their source of financing among others are infringed,” they said.

The cooperatives leaders said they would move to court to block the implementation of rules. Our attempts to get a response from Agriculture Cabinet Secretary Mwangi Kiunjuri and the Implementation Committee Chairman Prof Joseph Kieyah were unsuccessful as they did not answer our calls or respond to text messages.

Revealed: Number of Kenyans with a net worth of at least Sh560m
Feedback