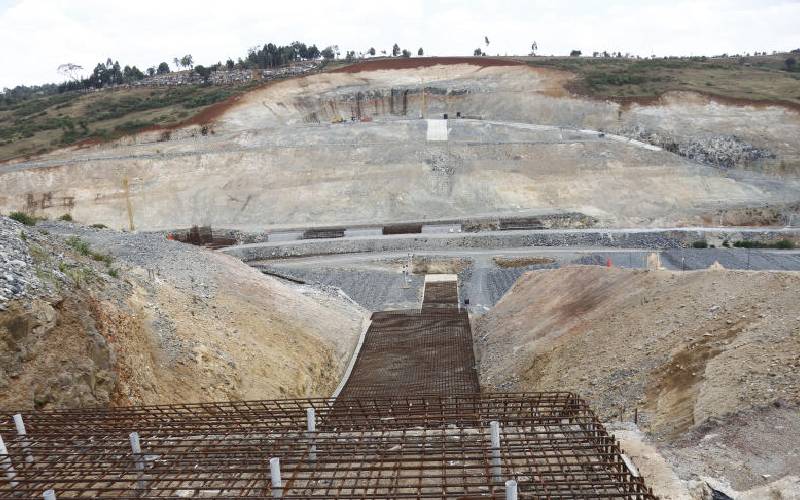 Uncertainty over the Sh11 billion paid to insure Kenya’s controversial dams’ loan has entered a new phase, with information classifying the country as a highly risky borrower.

Kenya, according to the Italian-government owned insurer SACE, ranks just a point above the worst profile of borrowers at six out of seven.

Burundi and Somalia are a few of the countries in category 7, a mark lower than Kenya and Rwanda among several others.

Such a poor rating is the reason the country is paying the exorbitant price to insure the Sh63 billion loan, raising concerns as to whether it was prudent to take the credit in the first place.

Pricing of the insurance is at the heart of a live probe by the Directorate of Criminal Investigations, which is seeking to establish criminal intent and likely kickbacks to Kenyan officials.

Investigators have traveled to Italy in search of information relating to the procurement of the loans and how the money has since been spent, including likely diversion from the projects.

Inspection of the proposed site by police confirmed that work on the dams was yet to start, several months after the money was released by the Italy-based lenders.

SACE has since denied that any of its officials has been questioned, in an emailed response to The Standard.

“No SACE representative has met with Kenyan detectives nor provided them with documents related to the insurance policy,” the insurer said through its press office.

And in yet another twist, SACE now claims that loan term is 20 years and not 10 as earlier indicated by the same office.

“The horizon of risk (20 years of which 5 years’ disbursement and 15 years’ repayment period); the percentage of risk covered (100 per cent); the premium applied by SACE for this transaction is in line with the Minimum Premium Rate,” the firm wrote.

The extended tenure and poor country risk profile are the reasons the insurer levied nearly 1.9 per cent (184.39 basis points) in premium per year.

In an earlier response soon after the scandal began to unravel, SACE told The Standard of the shorter repayment term and defended the loan pricing as being guided by international best practice.