Crisis-hit Fastjet secures another extension on its loan agreement 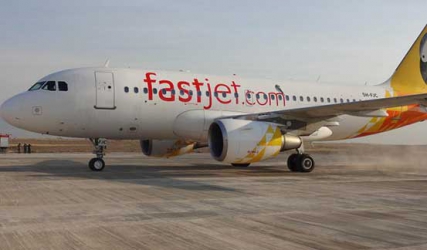 Cash-strapped regional Africa airline Fastjet Plc said on Monday it has reached an agreement to further extend the repayment date on its unsecured loans.

Fastjet in June had entered agreements with Annunaki Investments and SSCG Africa Holdings, following which the airline lent $5 million from its Zimbabwe unit to Annunaki in return for a $2 million loan to Fastjet from SSCG.

The low-cost airline has been facing a multitude of issues mainly relating to its dwindling cash pile and has struggled to secure cash through fundraising and equity refinancing to continue operations.

The airline had entered into the loan agreements with Annunaki and SSCG so that Fastjet can access a portion of its restricted cash held in Zimbabwe.

Fastjet now expects a repayment from SSCG by June 30, from the earlier agreed date of March 31, the company said on Monday.

“The other terms of the loan agreements will remain the same,” Fastjet said.

Earlier this month, it got an extension to same loan terms till March 31 and had said that the loan amount from Fastjet Zimbabwe to Annunaki had increased from $5 million to $7 million, after certain currency devaluations.

Nearly one in three people living in West and Central Africa fear losing their homes and land in the next five years.