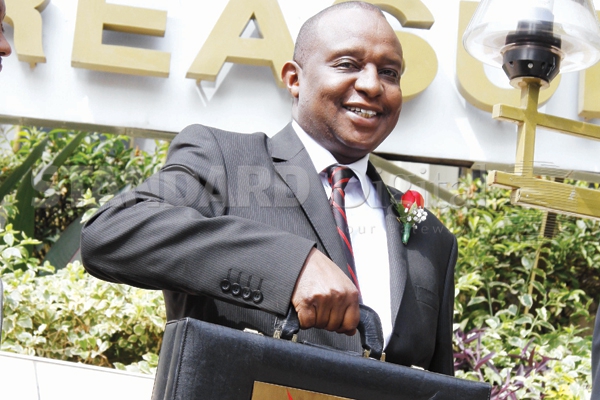 NAIROBI, KENYA: Top airlines in the country have protested the high fuel prices that have been brought by stringent taxation from the government.

The airlines among them Kenya Airways (KQ), Fly540 and SafariLink are demanding that the pricing of the jet fuel is reviewed in such a way that some levies that have nothing to do with the aviation industry are completely done away with to lower costs.

They have specifically pointed out two levies – the Railway Development Levy (RDL) and the Road Maintenance Levy Fund (RMLF) – as the taxes that should be removed from the pricing of Jetty A 1 fuel since planes have nothing to do with roads or railways.

According to Nixon Ooko, the Head of corporate affairs at Flight540, the levies are completely absurd and it is time they were done away with when it comes to dealing with the aviation industry.

"Look at it this way. Roads and railways are actually our competitors in aviation. Why should we contribute taxes to support our competitors? It is absurd," said Ooko in an interview.

"The fuel that you see at the Jomo Kenyatta International Airport (JKIA) and at Wilson Airport comes directly from the ports through pipes controlled by the Kenya Pipeline Authority (KPA). We already pay KPA which is a state entity the requisite fee demanded. Why then are we being subjected to these other levies?"

A top official from KQ who declined to be named since he is not authorized to speak to the press, said that KQ and players in the entire aviation industry were lobbying the government to do away with these levies since they were putting pressure in terms of costs to an industry that is struggling to compete with major international airlines.

Safarilink CEO Alex Avesi revealed that for a long time, the government had exempted jet fuel from taxation altogether and it is only in this financial year that the fuel is being subjected to extreme taxation.

"It is international practice that jet fuel is not taxed. But Kenya this year has reversed its prior taxation policy of exemption of tax on jet fuel which is a bit unfortunate," said Me Avesi.

In the 2018 Finance Act, the government in a bid to raise much-needed revenue slapped oil importers with a 8 percent fuel tax.