Currencies: Why worst isn't over for Kenyan shilling 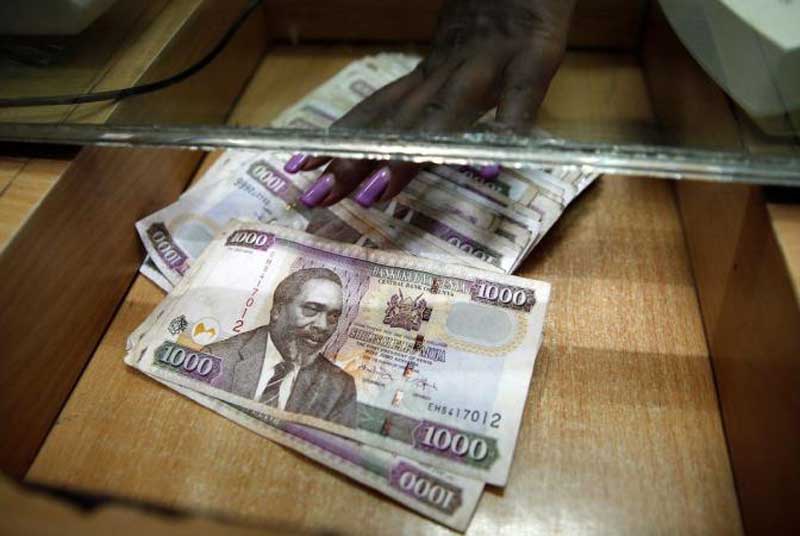 Even though Kenya’s shilling depreciated for the past six weeks to the weakest since January, the worst may be yet to come.

High Government spending may heap pressure on the shilling.

Kenya’s fiscal deficit this year is forecast by the International Monetary Fund to be 6.6 per cent of gross domestic product.

Among the region’s Eurobond nations, only Zambia’s is higher.

CBK boss goes all out to protect Shilling

The rate in the local interbank market fell to the lowest level in more than seven years last month.

It has since risen to almost three per cent, but that’s barely half Kenya’s inflation rate of 5.5 per cent.

At the end of last year, the IMF reckoned that Kenya had the priciest exchange rate among Sub-Saharan Africa’s Eurobond issuers bar Ethiopia and Angola.

And since then, both those currencies have depreciated more against the dollar.

IMF calculations say Kenya's shilling is one Africa's priciest currencies. The shilling, meanwhile, is Africa’s best-performing unit this year, even after its recent pain. But there’s excess liquidity in the market.

The Central Bank of Kenya yesterday said it issued Sh9 billion ($88 million) of debt via a seven-day repo transaction to “mop” up shillings, which may help raise raise the interbank rate.

Commodity prices in the international market have not favoured local exports including coffee and tea which have fetched lower prices.

This, combined with the fact that the country’s import bill has surged owing to increase in global prices of crude oil, has put the shilling under pressure as the country received less in foreign currencies than it forks out.

Foreign investors have also been jittery, with a number of them ditching Kenyan securities for those in their home countries - mostly in North America and Europe.

Kenya Shilling hit its weekest level against US Dollar since 2011

According to the organisers, the conference will deliberate on how region can tap opportunities.