What awaits Kenya in migration to new generation currency 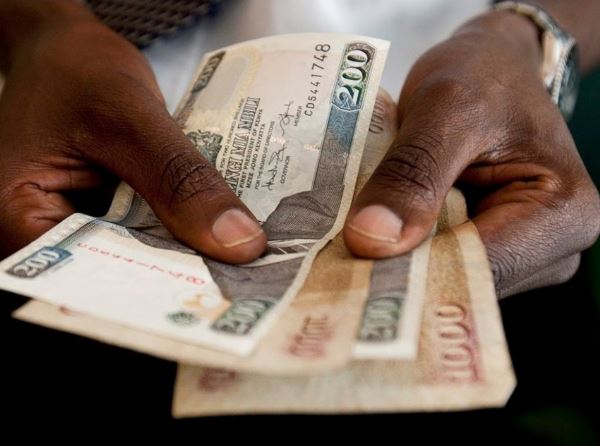 Central Bank of Kenya is keeping its cards close to the chest on when it will release new currency notes.

A court ruling last week freed the banking sector regulator and the firm that won the printing tender, De La Rue, to go ahead with the Sh10 billion project of giving Kenyans new-look currency notes.

It is expected that the process could take up to six months, with the CBK also reluctant to reveal the designs. The excitement around the new currency led to some artworks circulating online, which were however swiftly disowned by the bank.

The judgement of the Court of Appeal clears the way for CBK to proceed with the processes it had put in place for printing and supply of new generation currency.

“This legal challenge was the final hurdle that was stopping CBK from issuing the new generation bank notes. CBK will now reassess the timeline for issuing these bank notes, and will proceed with all due haste,” CBK Governor Patrick Njoroge said in a statement.

The ruling gave CBK currency for being above board in its dealings with the British firm having been wounded by allegations of favouring De La Rue.

“CBK acted within the law in awarding the tender to De La Rue International Limited on 30th November 2017,” said the governor.

De La Rue on the other hand is facing a world that is quickly phasing out cash for card and other digital money, and even experimenting with crypto currencies.

The company, which prints over 150 national currencies as well as UK passports, has been reducing its paper production as part of cost-saving over the next few years to bring production into line with falling demand for paper notes.

In late 2015 the firm even underwent a restructuring effort to cut down on units and staff numbers.

In Kenya the firm operates from its Ruaraka plant from where it serves the region including Rwanda, Tanzania, South Sudan, Sudan Ethiopia, Somalia and Uganda.

But even as CBK and De la Rue emerge from the high-octane court battles with rivals and activists, the real test of changing the currency is in managing the emergence of fake money.

In the past one month alone, authorities have nabbed several people including foreigners involved in fake foreign currency rackets worth billions of shillings.

A Nigerian national, Henry Omoaka was nabbed at Malaika Apartments in South B with fake currency of $251,400 (Sh25.3 million).

A Kenyan, Anthony Mwangangi, and Chadians Abdalla Tamba and his son Abdoulaye were nabbed with Sh1 billion worth of fake dollars and Euros at Sandalwood Apartments in Westlands.

If the currency swap is not managed smoothly, vulnerable Kenyans will easily be conned unless they are able to decipher security features of the new notes.

According to the tender documents, CBK even wanted invisible ink used on a strip that runs vertically through the note, which changes colour depending on the angle of vision.

After one of the printers sent a query finding the requirement impossible, CBK assured them that it was merely meant for “public awareness”.

“The terminology ‘invisible ink’ as used is for the purpose of public education. However, the standard iridescent band as used in bank notes is what CBK expects from the winning tenderer,” the bank responded.

Besides the watermark, governments and central banks need further authentication.

CBK opted to use the M-Feature (machine readable feature) despite printers offering new technologies for authentication.

“Please can CBK advise if the tenderers may submit equivalent or later generation superior covert features to that of M-Feature,” one asked.

CBK stood its ground. Some currency players say the M-Feature, which is widely used but has been around for more than 30 years, is considerably less covert and secure than it used to be.

Another security measure is that CBK will require De la Rue to have a dedicated airfreight carriage and secured containerised trucks and road carriage.

The money will be held in a high security storage and have external escort when in transit.

“CBK requires the tenderers to meet the highest security specifications for a storage facility similar to a printer’s premises or a central bank vault,” CBK said.

The regulator is banking on large-scale public relations campaigns to educate Kenyans on the new currency so as to make the transition smooth.

In tender documents, the bank said it would meet the winner to discuss modality of the posters to be produced and the extent of the campaign.

CBK also has to deal with Consumer Federation of Kenya Secretary General Stephen Mutoro who has questioned how the designs, which still remain secret, had been done and what images were chosen.

Even the bidders were unable to see the new design specimen to evaluate printing challenges as CBK insisted that they only needed to indicate their technical capacity.

“CBK will provide the design files to the winning tenderer as indicated in the tender document,” said the regulator.

Mr Mutoro wants Kenyans involved in coming up with the images that will appear on the notes including setting up a taskforce to select the images.

“The bank is not exempted from provisions of Article 10 and 232 of the Constitution,” said the Cofek boss, pitching for public participation.

Even after the governor handles the design issue, he will still face the technicalities of withdrawing the current notes and running them down the shredder.

Here the window during which the cash will be withdrawn and the conditions to return hard currency to banks and other financial institutions will be key.

Speculation has rife over the amount of money being hoarded in personal vaults following stringent measures introduced in the banking sector to curb illicit flow of cash.

The guidelines require anyone withdrawing or depositing more than Sh1 million to fill in a special form stating where the money is from or is going, who they are paying or receiving the money from and for what purpose.

The Kenya Bankers Association this year issued further rules requiring customers to give a three-day written notice before being allowed to move volumes above Sh1 million.

To transact over Sh20 million in cash on a single day, customers will require approval from head of branch banking or director for the transaction to be completed.

According to CBK data, Kenyans were holding Sh217.9 billion in cash across the country by June this year up from Sh206.7 billion in a similar period last year.

The regulator has the choice of stretching the period within which the currency can still operate while the new one is injected or cutting out large chunks of the liquid cash by requiring those with huge sums to explain their source of funds.

The Kenya Revenue Authority will also be keen to track bank accounts of those converting their currency to tap additional income for the Government.

Already, the taxman has indicated it intends to collect Sh60 billion in the financial year to June 2019 by targeting mobile phone data as well as membership details held by professional bodies to match the data with money in bank accounts.

After decades of printing money for Uganda, the firm may be on the cusp of losing a currency printing job to a joint venture between Bank of Uganda and Veridos Identity Solutions Group. The German firm was working with Uganda on things like ID cards or passports.

In Kenya, De La Rue seemed to be losing the printing tender during the Mwai Kibaki government and faced stiff competition when CBK sought to competitively procure printing last year.

To save its venture, the company had advanced the fact that it had a significant investment in Kenya, employed 300 Kenyans and was a taxpayer.

“De La Rue has invested for over 25 years in Kenya, employs around 300 people directly, with an extended workforce of around 3,000, and contributes Sh1.25 billion every year to the local economy,” Marketing Director Robin Mackenzie said.

The British firm even activated a dormant subsidiary and offered the National Treasury a 40 per cent stake. However the process dragged on and at the time of tendering the shareholding had not changed, risking denying the firm preference based on its Kenyan shares.

German banknote printer Giesecke & Devrient had the most expensive bids at Sh12.6 billion while British firm De La Rue international was about to print the new look money for Sh11.7 billion.

However, during tendering, De la Rue applied for preference based on location of production - meaning some aspects of the currency would be produced in Kenya - which allowed the CBK to cut its prices by 15 per cent on paper and thus make it the cheapest bid.

“The application of preference was on the basis of section 155 (3) a, where manufactured articles materials and supplies are partially mined or produced in Kenya or where applicable have been assembled in Kenya,” CBK told the Public Procurement and Administration Review Board.

The award was thrown out by the procurement board and the High Court after activist Okiya Omtatah argued that CBK did not follow due process in giving the tender.

“We are delighted that the court recognised the proper application of local preference,” said Mr Mackenzie after the Court of Appeal judgement.

“We have maintained throughout the process that the CBK had run a proper, fair and transparent procurement, and the court has confirmed that view.”