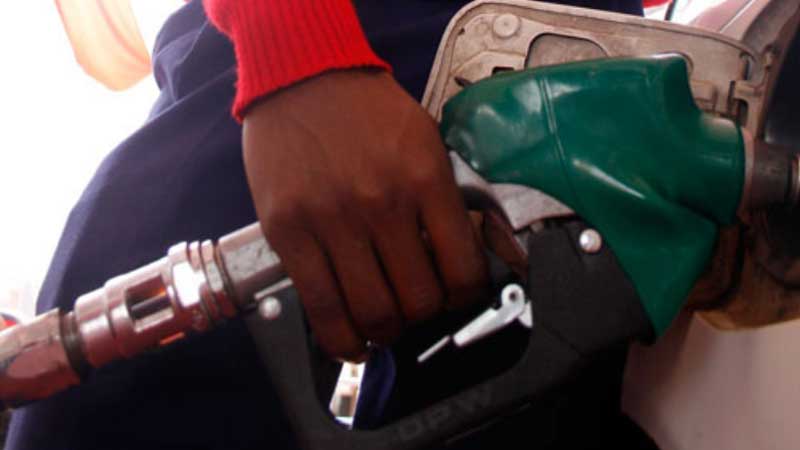 The government yesterday hammered the last nail on the coffin for consumers, announcing the 16 per cent taxon all petroleum products is now in force.

Kenya Revenue Authority (KRA) and the Energy Regulatory Authority in separate statements moved to effect the controversial tax, with the latter issuing a new pricing guide that will see maximum pump prices of a litre of super petrol for Nairobi go up to Sh127.80 and highs of Sh141.61 in Mandera.

The announcement burst the bubble for consumers after lawmakers on Wednesday voted to suspend the implementation of the punitive tax measure by two years.

Before the announcement, panic-stricken motorists made long queues at several filling stations in Nairobi and other areas as the country remained in limbo as to whether the new tax measure would be implemented.

MPs defied the government and the International Monetary Fund (IMF) to suspend the value-added tax on petroleum products, sending consumers into ecstasy.

However, Kenyans’ happiness was short-lived after the Cabinet Secretary for National Treasury Henry Rotich was quoted by a local media outlet dismissing the legislators’ decision as “null and void.”

And yesterday, in a move that effectively condemned Kenyans to a new harsh economic reality, KRA sought to set the record straight as to why their celebration had been premature.

“Kenya Revenue Authority informs the general public, oil marketers, resellers and retailers that VAT will be charged on all petroleum products at a rate of 16 per cent on all transactions with effect from September 1, 2018,” said KRA in a statement.

The taxman said the changes effecting the tax measure were contained in the Finance Act 2013 which had a grace period of three years.

“Further, the exemption was extended by two more years under the Finance Act 2016. Consequently, the VAT charge on petroleum products has now come into effect,” said KRA in a statement that was signed by the Commissioner General John Njiraini.

“Pursuant to the Valued Added Tax (VAT) Act of 2013 and Clause 31 of the Finance Act 2016, the VAT on Super Petrol (PMS), Diesel (AGO) and Illuminating kerosene (IK) come into effect of 1st September 2018,” said Pavel Oimeke, director general ERC, in a statement late evening.

“Accordingly ERC has recalculated the maximum pump prices which will be in force from 1st September 2018-14th September taking into account the 16 per cent VAT. This notwithstanding, if the amendment to the Finance Bill 2018 as passed by the National Assembly is enacted into law, the pump prices shall be adjusted accordingly.”

The implementation of the tax measure has been helped by technicalities. The unsigned Finance Bill, 2018 which contains the clause suspending VAT on fuel for two years to 2020, has not been assented to President Uhuru Kenyatta, yet the lapse of the 2016 two-year suspension was on August 31.

An unsigned Finance Bill and the lapsing of the 2016 suspension had thrown the country into confusion on the way forward, but Treasury seems intent on implementation of the Act, with the hope that it can increase revenue by 70 billion per year.

National Assembly Speaker Justin Muturi explained that CS Rotich was right insisting that the fuel tax remained in place despite MPs’ shooting it down in the House as they had failed to put an effective date in their amendment.

“It will now take the Parliamentary staff in the Procedural Committee and that of legal to go through the Hansard and bring out all the amendments effected in the House, comparing them with the original Bill,” Muturi told Business Weekend.

Once they come up with the final Bill with all the amendments, it will then be sent to the Treasury and Attorney General’s office for processing and onward transmission to the President for assent. He said this could take up to two weeks. “The Finance Bill is voluminous and must be handled carefully. The earliest the law can be effected is towards the end of next week or in a fortnight.”

The Speaker said the law cannot be applied retrogressively, meaning if the deferment will take place after signing into law of the Bill, or in 14 days as stipulated in the Constitution.

The sponsor of the amendment, Minority Whip Junet Mohammed (Suna East), sought to exonerate MPs from blame, saying they had done their best to cushion Kenyans from high fuel prices.

KRA said that it had advised importers, depots, distributors and retailers, including petrol stations, to charge, account and submit returns on the same to KRA by the 20th of the succeeding month. “KRA has instituted measures to support oil industry players in complying with the law. We have also engaged the Energy Regulatory Commission in order to ensure coordinated action by relevant government agencies.”

Kenyans are now staring at massive bills, with the retail price of fuel expected to shoot up and with it, the cost of nearly everything else.

The 16 per cent increase in the retail prices of diesel, which is critical in powering different economic sectors, including manufacturing and transport industries, is expected to rise to over Sh119 and will see the price of basic goods and services such as food and transport go up.

This is even as salaries and wages for many workers remain stagnant while a substantial part of the population is still grappling with unemployment. The taxwas initially expected to push the price of a litre of petrol in Nairobi to over Sh130 and well over Sh140 in far-flung towns. Earlier, officials from ERC had said they had not received a directive from Treasury over the tax. This left petrol station attendants confused, with a spot check around Nairobi showing that most of them were yet to effect the price hike. “Parliament and CS Rotich have brought a lot of confusion. We do not know who to follow,” said an attendant at Shell station on Mbagathi Road.

Already, matatu operators have warned they will increase fares once the tax is effected.

Private motorists have also condemned the move, terming it brutal. Peter Murima, the chairman of the Motorists Association of Kenya, which mostly represents the interests of private motorists said they were not in tandem with services received. “The 16 per cent is unnecessary. We strongly oppose the Government’s plan to charge VAT on fuel. The move to raise pump prices to a record Sh130.15 per litre is brutal,” said Murima.

The Kenya Private Sector Alliance noted that the taxwould push up the cost of living as industry passes the high costs to consumers but also make the country unattractive to investors due to heavy taxation. “Fuelbeing the main input in our energy-intensive sectors, the projected rise in pump prices will result in an increase in the cost of production and manufacturing of commodities, an increase in cost of transport and an increase in cost of household consumption of goods and services,” said the lobby’s Chief Executive Carole Kariuki.

National Treasury had already proposed some taxmeasures that would drive up the prices of a number of products, including the transfer of money through the mobile phone, kerosene and milk, kerosene, chocolates, juice, sweets, cosmetics and pesticides.

He also increased import duty on iron and steel, a move that could see the cost of construction go up.

The Government also slapped plastics and rubber, paper goods, textile, footwear and vegetable oils in a move that was aimed at protecting local industries. However, without bringing down the cost of production, such as electricity, Kenyans will pay more for such items as clothes and kitchenware and plastic products.

However, the new VAT on petroleum will make an already bad situation worse.

“At the very least, this is impunity by Treasury and we are cautioning him (CS Rotich). We are also calling on Parliament to censure him,” said Stephen Muturo, secretary-general Consumer Federation of Kenya (Cofek). “We are concerned this has been driven by the IMF and not the Kenyan Government.”

The lobby had earlier cautioned that technicalities such as the fact the Finance Bill would be signed well days or even weeks after September 1 might see the charges take effect.

ERC boss Oimeke had told the Energy Committee last week that unless Treasury issues a directive suspending the imposition of the tax on fuel the regulator would implement the Act in the absence of action suspending its implementation this time round. The hike has not been driven by the traditional factors such as the cost of crude in the global market or a substantially weak local currency relative to the US dollar.

Pump prices will, in fact, be higher than was the case in 2008 and 2011 at about Sh120 per litre of super petrol when global oil price was well over $120 per barrel and the shilling saw fairly strong trading at about Sh80 to the dollar.

Instead, the record-breaking price of fuel will be due to the Government yielding to push by IMF to increase the cost of pump prices in a bid to grow tax revenue and refrain from taking new loans.

Treasury is undertaking fiscal consolidation through a raft of policies aimed at reducing budget deficits and accumulation of debt.

The current fiscal consolidation has been undergirded by President Uhuru Kenyatta’s latest war on graft and wastage, with senior state officials being dragged to Court to answer to various charges of impropriety.

What May gave Uhuru

Twenty UK companies committed to raise their investments across the country to generate at least 2,250 direct and high value jobs.