Why Airtel, Telkom have failed to whittle down Safaricom market share 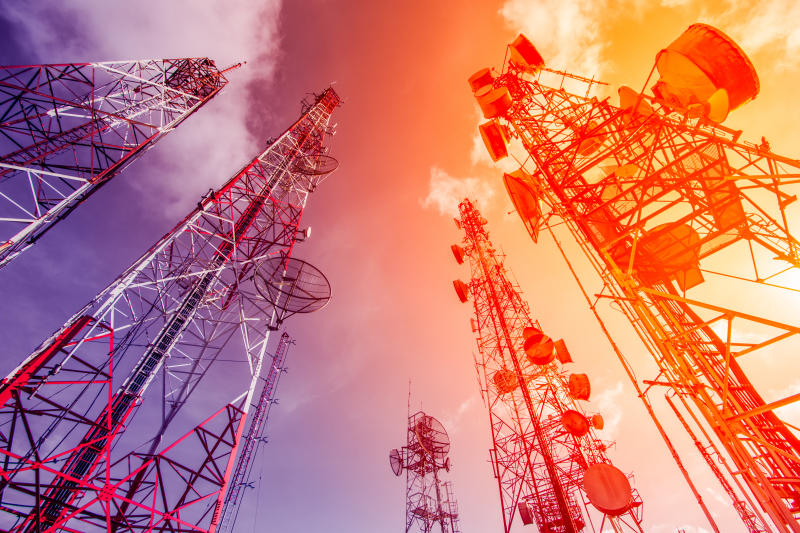 Airtel Africa boss Raghunath Mandava had a rare chance to get excited last week when results of the Indian telecommunications giant were released.

The chief executive officer, who had seen the African business lose so much money that his parent company Bharti Airtel started considering pulling out of some key markets on the continent, had for the first time a different story to tell investors.

Airtel Africa was reporting a profit. Mr Mandava said he sees the 2017 financial year as the watershed year for Airtel in Africa.

Along with decent revenue growth, Airtel had managed to cut down absolute operating costs for the entire African business by 9.2 per cent.

This expanded its margins from 24 per cent to 33.4 per cent, and in turn helped push the firm out of the red to end the year in the profit zone.

“This has helped Airtel Africa achieve a full year positive PAT (profit after tax) for the first time since acquisition,” Mandava said in his note to investors.

But this picture of finally rising from the ashes is not shared in its Kenyan business. In fact, the firm would have reported much better earnings had it not pumped more resources to resuscitate its Kenyan operations.

The results show that Airtel Kenya continues to be a black sheep among the subsidiaries on the continent that are bleeding the Indian-based parent, having failed to find the magic stroke to turn around its fortunes.

The report, which gives a rare peak into the financial health of the Kenyan unit, shows that Airtel Networks Kenya reported a loss of Sh3.8 billion for the year ending December 2017.

But this is not the only thing that should worry Mandava, given that Airtel’s profitability gap with market leader Safaricom appears to be stretching. The most disturbing statistic is its inability to stand on its feet.

The total liabilities of Airtel Kenya last year exceeded its total assets by more than two times, meaning that if it did not have a deep-pocketed parent to keep it afloat, it would now be insolvent.

The firm and other telcos including Telkom Kenya have separately lobbied legislators to come up with regulation to dictate that a telecommunications firm that has more than 50 per cent market share is declared dominant.

Airtel, which has maintained the call since 2015, has attributed its problems to Safaricom’s stranglehold on the Kenyan market and is counting on the implementation of the dominance study to help ‘correct the wrongs’ in the telco industry and give it a fighting chance.

When he appeared in Parliament to make his presentation on the petition, Airtel Kenya Chief Executive Prasanta Das Sarma said the industry had become hostile and diminishing revenues had made it difficult for Airtel to offer services.

“We are in a situation where one player has a market control of 65 per cent, bigger than all the other players combined. It is unfair for the rest who are seeing diminishing revenues and can hardly keep up operations,” Mr Sarma said.

“I think by law, any one entity with a market share of more than 50 per cent should be declared dominant. And the regulator should treat that entity differently from the rest.”

Telkom, which recently re-branded following its purchase by private equity firm Helios, also holds similar views and has on various occasions asked for government policy changes to ensure that the telecoms market becomes competitive enough to facilitate the growth of smaller players.

But should they not have their way, they will be left to the mercies of the market where they have to fight for their share.

The two telcos have missed several opportunities to stop Safaricom from eating their lunch. Most recent of them was the flop of a joint venture plan that would have seen them join forces to have muscle to fight the leader.

Telkom Kenya has 1,581 base stations, some of which are leased, while Airtel has 1,548. Combined, they would have been close to Safaricom which has 4,000 base stations.

Instead of coming up with better strategies beyond the price wars that collapsed, and investing into their networks to push Safaricom out of its position, the two appear to have resorted to playing victim as Safaricom extends its tentacles in markets in which they had a head start such as mobile money and data.

Zap was developed by Zain way before M-Pesa entered the market. Telkom also led in data, which is the future marker for telcos as voice and SMS continue being less profitable.

Before the Indians bought it, Airtel had changed hands at least three times and is Kenya’s most rebranded network. KenCell entered the Kenyan market in 2000, rebranded to Celtel Kenya in 2004 then to Zain in 2008 and later to Airtel in 2010.

Telkom which was previously part of the Kenya Posts and Telecommunications Corporation began operating as a mobile operator in 2007, long after Kencel and Safaricom had entered the market.

Telkom later rebranded to Orange Telkom in 2008 and rebranded again to the current Telkom.

In 2008, Essar Telecom Kenya began operations after rebranding from Econet Wireless but it could not survive past its seventh birthday. It exited the market in 2014.

The Competition Authority of Kenya (CAK), whose mandate involves investigation of abuse of dominance and price fixing among other anti-competitive practices in the market, says that imposition of regulations for mandatory sharing of infrastructure can only be a short-term measure.

“The regulator should ensure sustainability of the industry by subjecting every licensee with a minimum threshold investment requirement in the towers market,” CAK Director General Wang’ombe Kariuki said in a memorandum to parliament.

“On the other hand, the regulator may compel any player who divests its towers to reinvest a minimum amount of money through leasing extra towers.”

In the voice market, Safaricom controls 67 per cent and Airtel 29 per cent, while the rest have less than 10 per cent combined.

But it is in the mobile money segment that the rest of the players are still gasping for air as Safaricom continues to innovate and find new ways of hooking its customers to its products.

The mobile money market has five players among them M-Pesa, Airtel Money, T-Kash, Equitel Money and Mobile Pay. Safaricom controls the lion’s share with 83.08 per cent of the market, Equitel 16.36 per cent and Airtel 0.56 per cent.

CAK says dominance is not an illegality but rather, what is illegal is the abuse of the dominant position.

The authority says it investigated complaints lodged by Airtel and others against Safaricom relating to the latter’s restrictive agreements with its M-Pesa agents in 2013.

It established that Safaricom’s agreements with its agents had restrictive clauses that prohibited selling, displaying or in any other manner promoting the products and services of any entity in indirect or direct competition with M-Pesa services unless expressly permitted.

They also disallowed the display of Safaricom’s branding alongside that of competitors.

“The above were found to be forms of abuse of dominance.

"This was due to the fact that the clauses prohibited the M-Pesa agents from transacting in competing products whereas there was no significant investment made by Safaricom into the agents’ businesses," Mr Kariuki said.

“Additionally, it was found that this restriction impeded M-Pesa agents, many of whom are small-scale traders, from exploiting the full potential of costs they incurred on rent, labour and electricity, among others."

Premised on the findings, CAK says it ordered Safaricom to immediately expunge all the restrictive clauses in the agreements.

This decision enabled an estimated 86,000 Safaricom agents to be at liberty to transact the mobile money transfer businesses of any other service providers.

But despite this intervention, Airtel and Telkom are yet to make any significant strides in gaining market share and Safaricom appears to have found better ways of keeping subscribers on its network.

Fed up with dirty fuel, Nigerians switch to cleaner alternatives

By Moses Omusolo | 23 hours ago