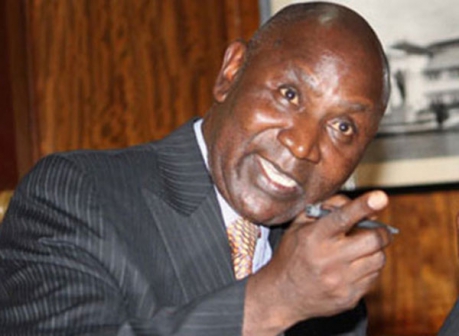 Auditor General Edward Ouko has in the past complained of efforts by powerful forces to hound him out of office.

By virtue of his work, Mr Ouko has stepped on the toes of powerful individuals in Government.

His often hard-hitting reports have exposed the rot in Government institutions, leading parliamentary committees to investigate monumental scams in various institutions including universities and State corporations.

Last year, Ouko complained of efforts to emasculate his office through slashing of funds, telling Parliament that his office was unable to adequately execute its functions due to lack of money.

Raila wants to jail all thieves, will that be a prudent move?

He is in addition required to inquire into the accounts of other independent institutions such as the Judiciary. “There shall be an Auditor General who shall be nominated by the President and with the approval of the National Assembly, appointed by the President,” reads the Constitution.

Trouble for the Auditor began when claims of procurement improprieties in his office emerged through a petition to Parliament. The petitioner, Emmanuel Mwagonah, alleged that Ouko presided over the irregular acquisition of a Sh100 million audit vault in his office.

He was also accused of running a bill of Sh1 million in communication while abroad. The petition further claimed Ouko had made several private trips abroad on taxpayer’s money.

When he appeared before the National Assembly’s Finance, Planning and Trade committee, Ouko also denied having five official cars, some of which it was claimed he had allocated to his wife and daughter. He also denied claims of nepotism in hiring of staff in his office.

Ouko is the first holder of the office under the 2010 Constitution. Previous holders were David Njoroge, Evan Mwai, Priscilla Komora and Anthony Gatumbu.

Despite working under an unfriendly environment, Ouko’s predecessors are also credited for unearthing major scams in successive governments.

Among scandals investigated by Ouko’s predecessors were the Turkwell Gorge multi-purpose project and the Nyayo Bus Service.

The day-to-day job of the Auditor General involves checking whether 48 governments, one national and 47 county, have spent money according to the budget.