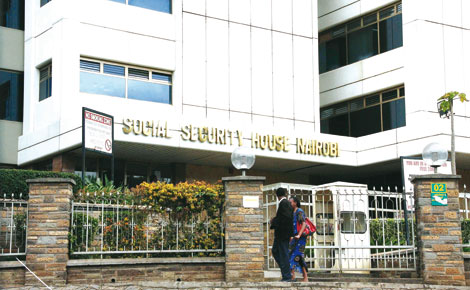 The appointment of Kisotu, who was seconded by COTU to the workers’ pension body, takes effect from February 2, 2015.

Ms Kisotu replaces Cornel Nyang’un who was dropped after he fell out with his former employer Central Organisation of Trade Unions (Cotu) in 2013. Kambi had been reluctant to act on the workers’ union request to appoint a replacement.

Cotu Secretary General Francis Atwoli has claimed that Nyang’un was involved in a Sh115 million fraud on the lobby’s bank account.

Ms Kisotu is also the Chairperson of the board of directors of Kenya Wine Agency Limited, (KWAL).

Nelson Marwa: The ministry will unlock all impasses by implementing NSSF act

Bank employees in Japan might want to start thinking about a new career path.

By Boniface Okendo | 1 hour ago