UDA should start work with a fiscal truth

The UDA administration begins its work to develop the nation facing significant economic and fiscal challenges. It is an uncanny situation that feels like the one Kenya had 20 years ago when President Mwai Kibaki took over the reins of government from President Daniel Moi.

I should know because it struck me then that the National Rainbow Coalition (NARC) of the time had made all manner of economic promises to Kenyans (remember 500,000 jobs a year?).

I observed at the time that the first thing any incoming government needs to do is an inventory of where things stand. Specifically, an inventory of the fiscus (revenue, spending, debt, pending bills, etc).

This is not a light suggestion. A change in leadership in Zambia last year surfaced the finding that public debt was grossly understated. Eighteen months later, they just signed up to an IMF bailout. It should be a warning to us that our own public debt data, as Kenya Kwanza argued vociferously on the campaign trail, might have been less than correct in excluding government-guaranteed debt, as the IMF itself has recommended to Kenya. Let’s treat this as the opening context.

Within this context, Kenyans have been advised that the new administration has inherited a “dilapidated” financial situation (the fiscus). The number proffered was an exchequer (cash) balance of “only” Sh93 million. This number was derived from the National Treasury’s August 2022 Statement of Actual Revenues and Net Exchequer Issues published in the Kenya Gazette of September 16, 2022. To be clear, this was what one would technically refer to as a statement of financial position (the picture at a moment in time), not financial condition (the state of finances).

The ensuing furore was further confused by government statements on commitments (not cash flows) to fertiliser purchases, Judiciary budgets, presidential inauguration costs, MPs car grants and the like. As one wag put it, Kenya Kwanza had found a biblical way to multiply money.

Later, at an induction retreat for MPs, the National Treasury came out guns blazing, stating, among other things, that government is a perpetual revenue collection and spending machine, with multiple bank accounts (or, rather, a Sh75 billion overdraft facility strictly only for debt flows at the Central Bank). It was an incomplete and defensive riposte to the “government is broke” claims.

Of course, the  National Treasury did not bother to explain what the Sh93 million was. That government began the financial year in July with a balance of Sh616 million, collected tax and non-tax revenues of Sh283 billion and raised about Sh100 billion in loans and grants. This was the first two months of the financial year (July and August). So, it had roughly Sh384 billion available for use (remember these are funds received continuously, not in one lump sum).

From these funds, exchequer issues (funds authorised to be used) were split between national government recurrent at Sh149 billion, consolidated fund services (constitutionally mandated costs) of Sh183 billion, of which Sh177 billion was for public debt service, national government development of Sh21 billion and a county total of Sh30 billion. Total issues Sh383 billion, leaving that Sh93 million as the end-August balance. Now let’s look again at the data.

An inventory is critical

Even accepting that this is the beginning of the financial year (as is the normal Treasury argument, which shouldn’t be), the real point is not the Sh93 million cash balance, but that a quick split of exchequer issues shows that for every Sh100 in total revenue, Sh46 was issued for public debt, Sh39 went into national government recurrent costs, probably mainly payroll and Sh5 went to national government development, Sh8 to counties and Sh2 to consolidated fund services other than debt. That’s our 100-bob cash book as of end of August.

I will not get into the questions that arise, other than to restate that this is why an inventory is critical.

Inventory in this case is really a stock-take, not a stock count. It is basically a view of where the fiscus currently stands. An important one from the National Treasury will be its legally-mandated post-election economic and fiscal update due within three months of the election (an earlier pre-election economic and fiscal update was quietly issued in May 2022). But this is procedural.

A real inventory would break up an understanding of the fiscus into its individual components. On revenue, there are two areas of interest – tax and non-tax revenue. The new administration’s objective appears to be to grow the tax take through the tax base, and not new rates. There are pressures to reduce tax expenditures (exemptions, subsidies, etc). It should be recalled here that the fiscal consolidation path underpinning Kenya’s IMF programme is based on revenue growth.

On the other hand, businesses are concerned about consistency and are looking at the draft tax policy that the National Treasury has published. At this stage, the draft is still largely generic; lacking specifics on the predictability that business seeks (for example, five years between each major tax increase) or even a tax gap analysis. This will be particularly important if the new administration hopes to draw new taxpayers, especially MSMEs, into the tax net.

More broadly, the policy takes tax as a given, and there is no principled discussion on which tax works best and why.

This is not news. The real question is, “What will it take to rationalise spending?” Kenya has always been reluctant to engage in comprehensive public expenditure reviews without a push from development partners (and the expenditure reviews performed during the MTEF budgeting process are perfunctory at best).

Is there an opportunity here for the new administration? Unless the structure and quality of spending is addressed – especially on operations and maintenance – it is unlikely that campaign promises will be delivered in our current environment of fiscal restraint.

The mega-project legacy that the new administration inherits is not restricted to a few large projects. Over the past decade, project planning indiscipline created thousands of projects across the national government that are only now being identified before they are rationalised, as part of efforts to implement new project investment management guidelines and systems on IMF advice. To blithely state that outstanding projects will be completed without an inventory is to invite chaos.

One big story on the campaign trail was pending bills with mention of a bond issue to offer cash flow to long-suffering suppliers.

Let’s go back to data here. The Controller of Budget last week offered us new data for the end of June 2022. At the national level, pending bills had hit Sh498 billion, of which Sh49 billion was in MDAs, and Sh449 billion sat in state-owned corporations.

For the latter, 65 per cent (Sh293 billion) is owed to contractors and suppliers, and the rest is unremitted statutory deductions and pension arrears for humans. If we add counties at Sh153 billion (including Nairobi’s Sh99 billion) we are looking at Sh650 billion plus. Consider Nairobi again.  Pending bills are twice the total for all MDAs, and 65 per cent of the counties’ total!

As said earlier, this is about the inventory; getting a sense of the true state of affairs. As the Controller of Budget reports, public debt had hit Sh8.45 trillion by June 2022. On the quantum of this debt, the main points of enquiry (especially on external debt) would probably require the audit that many have sought. The larger debt problem is its servicing, especially domestic debt which many forget is commercial, not concessionary, borrowing. Important answers might be needed on Kenya’s debt management strategy, and probably even a holistic review of the strategy.

I will throw in one final one, because the new administration will not find it. Our public sector balance sheet. Through a couple of fiscal transparency evaluations since 2015, the IMF has tried to get some thinking into what this balance sheet looks like. Treasury hasn’t quite bought in, but we do have consolidated (whole of government) financial statements as a good step forward. Could this be a major transparency and disclosure objective that the new administration pursues?

There will be a temptation to explore whether this is the time to look at the Integrated Financial Management Information System (IFMIS). That might better go into a second inventory that reviews systems (as tools) across the public finance management cycle.

Instead, think of this first inventory as the data-led fiscal truth and reconciliation that Kenya Kwanza must start with. Without a clear picture of today, tomorrow’s will be smoke and mirrors.

-Kabaara is a management and institutional reform consultant. 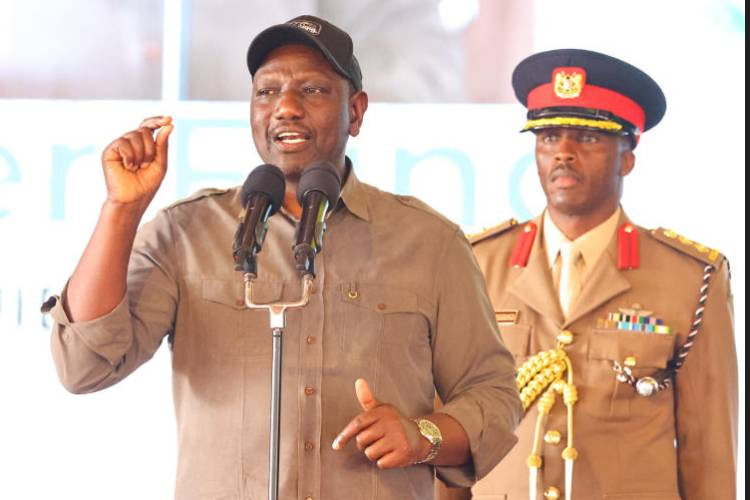 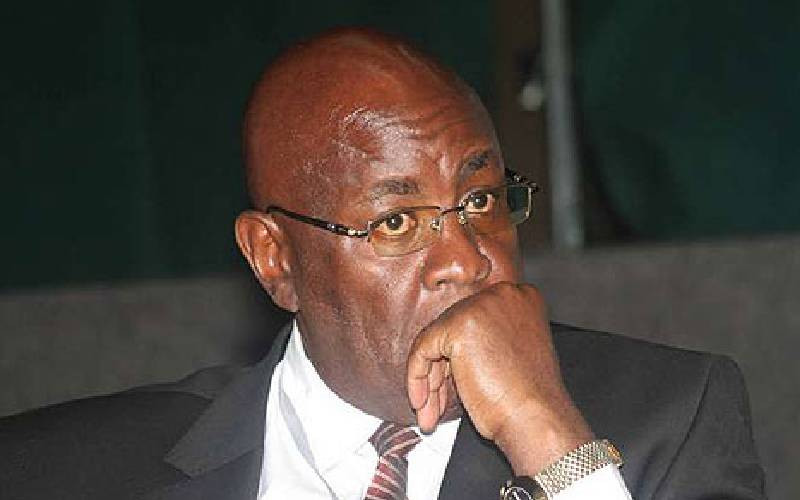 By Brian Okoth 7 hours ago
National
The 9 people who will determine fate of Cherera, 3 other IEBC commissioners 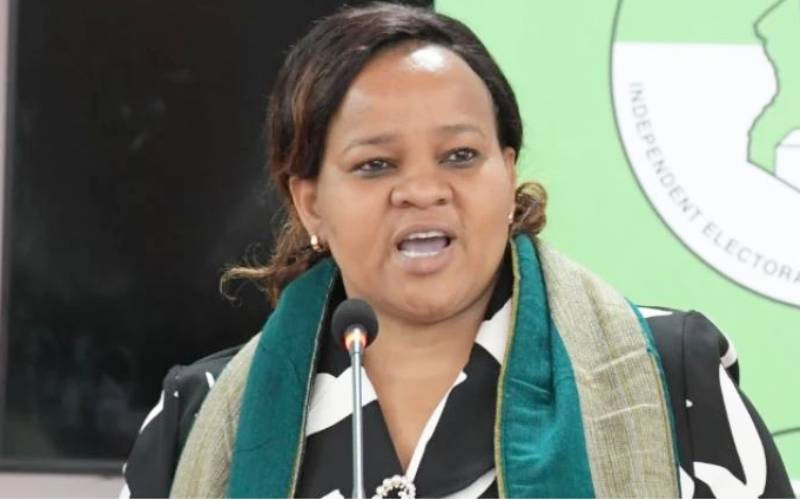