Sometime in 2005, the Nairobi City Council mooted a plan to assemble all street children into one centre to reconstruct their lives and give them a future.

The plan entailed the construction of a centre in Ruai, Kasarani Sub-county, where all the children would be relocated to, rehabilitated, educated and reintegrated back into society.

The Ruai Street Children Rehabilitation Centre was initially to cost Sh126 million and was to have a school, a recovery unit and a playground for the children.

The centre would also have featured a modern vocational and training centre to teach practical courses.

A football pitch, basketball court and an indoor games arena were some of the planned recreational facilities.

Upon completion, the centre was to accommodate 3,000 street children and offer pre-primary, primary and secondary education.

The grand plan was to be actualised within a year. However, eight years later, the centre remains a deserted shell, with construction materials strewn all over the place.

From Ruai shopping centre, the road to the centre is half tarmacked but the last stretch to the facility is just guesswork; it requires an off-road vehicle to manoeuvre through the black cotton soil.

While the area is bare land, people living in the few structures around refer to the rehabilitation centre as “Kidero”, probably because the former Nairobi governor had made some attempts to reawaken it.

What welcomes you to the centre is the image of a deserted facility. At the compound, some building equipment are strewn around, with the metallic ones already rusting, a sign that no one has touched them for long.

Some sections of the incomplete building have been covered by grass and shrubs and wooden materials used to support pillars are already showing signs of rot.

Former Ruai Councillor John Nyumu Kamangu, who served from 2002, says the project was conceived around 2005 when the county discovered that the owners of the land where it stands had not cleared land rates.

“After deliberation between the landowners and then City Council the company agreed to offer 40 acres,” Kamangu recalls.

“Around that time Nairobi streets were swelling with street children who at some point were accosting people while armed with poop and that was how the decision was reached to construct a rehabilitation centre away from the CBD,” he says.

Even though the county has been making allocations and promises to complete the project, Kamangu says nothing has been achieved.

In between, he says the county decided to convert some social halls into holding grounds for street children captured during swoops.

“I suspect that has been another delaying tactic because children who stay in the social halls are not getting enough basic items, yet some people are supplying foodstuff and other assorted items to the county at inflated prices. That could be a cash cow,” Kamangu says.

“Governor Sakaja should find a way of dealing with cartels who are deeply rooted in some offices. A project to rescue street and vulnerable children should not be turned into a white elephant, yet a lot of money has been going down the drain.”

Even though the project was hatched years earlier, the contractor says the actual groundbreaking started towards the end of 2015.

In an interview with The Standard John Kariuki, the Director of Tecina General Contractors, said for them, the project has turned out to be a bitter pill.

“According to its design, the rehabilitation centre was supposed to be a place where street children can be assisted through technical education to produce carpenters, masons and other useful people in society,” said Kariuki.

He said they were excited because for them this was another way of giving back to society since many street children were supposed to benefit from the whole idea.

“Everything went well until we produced the first invoice in August 2016 and we were not paid until Kidero left,” he said.

Then Nairobi County Education Executive Christopher Khaemba said it is sad the project was politicised and abandoned, yet the county had budgeted for it.

“We wanted to establish a centre to rehabilitate street children because it had budgetary approval from the county,” Khaemba said.

“The project was mooted during our third year as a county government and since the first county government lasted four years we could not complete it. It was a short period but everything had been laid down,” said Khaemba.

Even so, he said it was expected that the new administration under Governor Mike Sonko would continue the noble project to sort out social problems in Nairobi.

Khaemba said it was “tragic” that the next administration failed to support the rehabilitation centre project.

He said around that time the county had identified 2,000 vulnerable children from the slums who had performed well in the Kenya Certificate of Primary Education (KCPE) exams and were supposed to be beneficiaries of the project.

“When the new administration came in, they politicised the project and many of the children dropped out of school and are now paupers on the streets. Some of them could be having children of their own now,” said Khaemba.

“When governments change good projects change and we hope Governor Sakaja will consider this centre because land was allocated. It is very unfortunate that such a project was killed due to lack of support.”

Even though the project got attention during Sonko’s regime, the contractor said the money they received was delayed, and this caused friction between them and suppliers.

The contractor said with that kind of deal, they could not borrow money to continue the project since they were no longer sure if the county was serious about it.

He said the project was supposed to be done in about 28 weeks, but eight years down the line they have only done about 46 per cent.

“We had problems with our suppliers because we did not pay them on time as we could not spend from our pockets,” Kariuki’s partner, Ismail Elias, said.

In the process the contractors’ said they have spent about Sh49 million to hire security guards to watch over some equipment at the site.

“The way Nairobi County is treating contractors is not fair. We have suffered in a project that was supposed to be completed in a short time,” said Ismail.

The contractors said they have not met Governor Johnson Sakaja over the issue but the Education Department said all the projects had been handed over to the new administration.

With time, the contractors say the cost of goods and services have gone up, thus they recently wrote to the county government for a review of the project.

“If the review is done and we get cash flow from the county as agreed in our contractual terms, we will resume the project and finish it because it is our responsibility to ensure we don’t do a shoddy job,” Ismail said.

(Tomorrow: Experts take on the bad effects of street children and what should be done to rehabilitate and reintegrate them back to normal life) 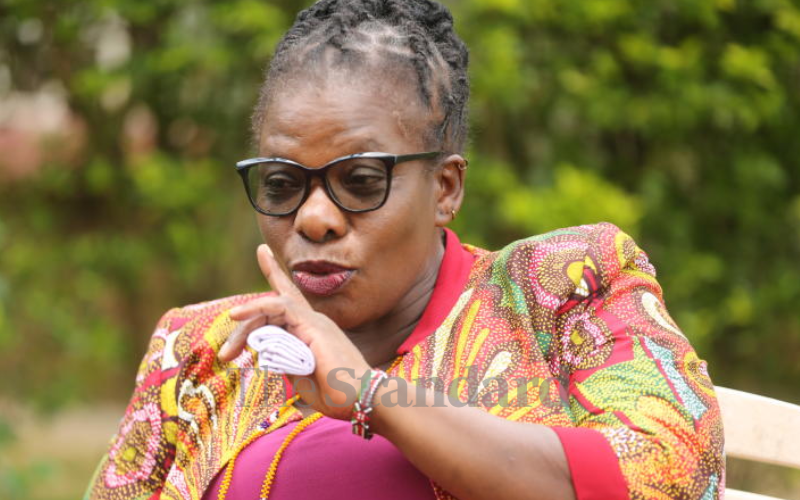 By Robert Amalemba 3 hours ago
National
Activist: I've never been elected because I defend children, women 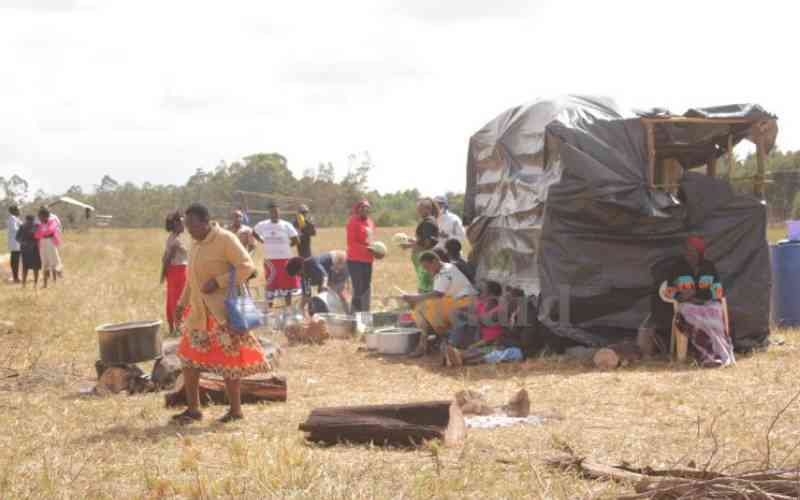