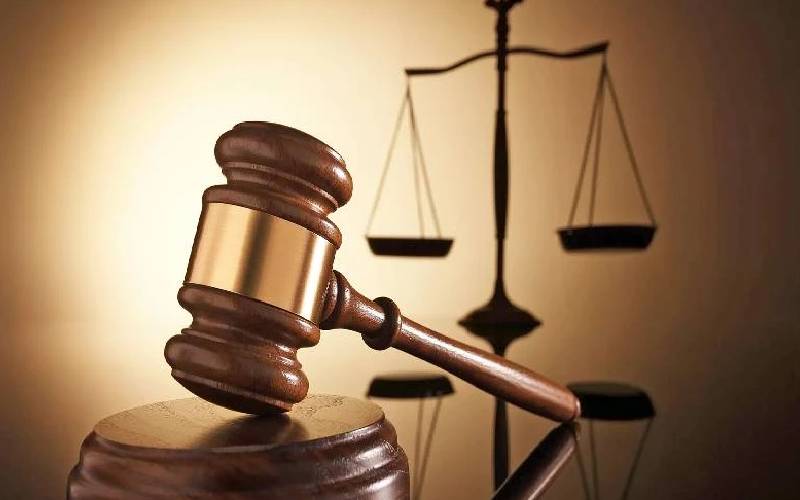 High Court in Nairobi has frozen the accounts of a police officer and three individuals who were accused of stealing Sh330 million on transit from to Nairobi from Mombasa.

The judge issued the order following an application by Asset Recover Agency claiming that the four were part of an eight-member team that were charged with stealing the Sh330 million from a G4S cash transit vehicle from Mombasa to Nairobi in 2010.

“The court hereby issues an order prohibiting the four and their associates from transacting, withdrawing, transferring, or dealing in any manner with the money which will be preserved in a safe box to be deposited at the G4S Kenya Limited in Mombasa,” ruled Maina.

ARA said the four were part of eight people arrested and charged before the Chief Magistrate Court in Mombasa with ten counts of stealing and conspiracy to commit a felony but were released after the court ruled the prosecution did not adduce sufficient evidence to convict them.

According to ARA, the incident happened on February 12, 2010 when a G4S vehicle transiting the cash which was in various denominations was ambushed by thugs and the total amount of Sh330 million stolen.

The agency through lawyer Stephen Terrei told the court that on February 26 2010, a total of Sh23 million was recovered from Jacob Mutuku Musau at his house in Capital Hill Apartments within Kitengela, Kajiado County.

“On March 17, 2010, Amos Mutuku Musyoka led police investigators to the bank of Mwita Siana river in Kitui County where another more than Sh10 million was recovered,” said Terrei.

He said another Sh1 million was recovered from Sylverster Mbuli Mbuvi on March 11, 2010 at Muhinde Village in Kitui County while the other amounts were recovered from Patrick Karanja Njau who at the time was the officer in charge of Kitui Police Station.

After seven years of trial, Musau, Amos Musyoka, Mbuvi and Njau were acquitted after the trial court found there was no evidence to convict them while their four co-accused Mutua, Wanjala, Njau and Mwende were found guilty and jailed for five years each.

ARA argued that as a result of the decision to acquit the four, they are laying claim to the Sh40 million which was found in their possession.

“We believe the amounts are proceeds of crime which should be forfeited to the state and they should not be allowed to enjoy,” said Terrei.

By Kamau Muthoni 21 hours ago
National
I didn't lose house to Linturi, Kitany tells the media
.