It was a moment of reckoning at the Supreme Court as parties made their final submissions to persuade the judges to agree with their thinking on why the Building Bridges Initiative (BBI) should be stopped or allowed to proceed.

However, behind the mean, serious-looking faces of advocates trying to outdo each other in legal arguments were humorous moments that broke the somber mood occasioned by the seriousness of monumental dispute at hand.

Dr John Khaminwa, the most senior and oldest lawyer in the courtroom, did not disappoint with his usual gusto when he likened Chief Justice Martha Koome to a powerful pre-colonial leader in central Kenya who was feared by men because of the authority she commanded.

“There was a woman called Wangu wa Makeri who was very courageous. She was very powerful and men feared her. The men then took an oath that they will never listen to a woman. There are men who fear you and think you will not listen to them,” he told the CJ.

At one point, Khaminwa became emotional and told judges he was almost crying when he remembered the difficult journey the country went through to get the 2010 Constitution.

His antics did not end there. When judges were about to end the session, he sprung up with ten books he wanted to donate to the Supreme Court to help judges in their research.

“Just like the Bible where we see the genealogy of Jesus from Joseph to Abraham and beyond Adam is the creator. That is why we say you cannot define by finality how the Constitution will be amended,” said Havi.

He tickled the court further when he joked that his status cannot allow him to be murdered and that he can only be assassinated.

Prof Elisha Ongoya caused laughter when he tried to explain that by using the word “retire”, he did not mean that the judges would make their decision after leaving the Judiciary.

Then came lawyer Evans Ogada who wanted the judges to roar like lions in their judgment and make every corner of the country feel that they had made a landmark decision.

The youngest lawyer, Justice Njiru Njagi, also did not disappoint in breaking the tense mood when his name raised eyebrows as to whether he was referring to himself as a judge by using the name ‘Justice’.

“My name is actually Justice, and it is not to mean I am a judge,” he said amid laughter.

Previous article
Trends: When old is not gold for Nairobi housing 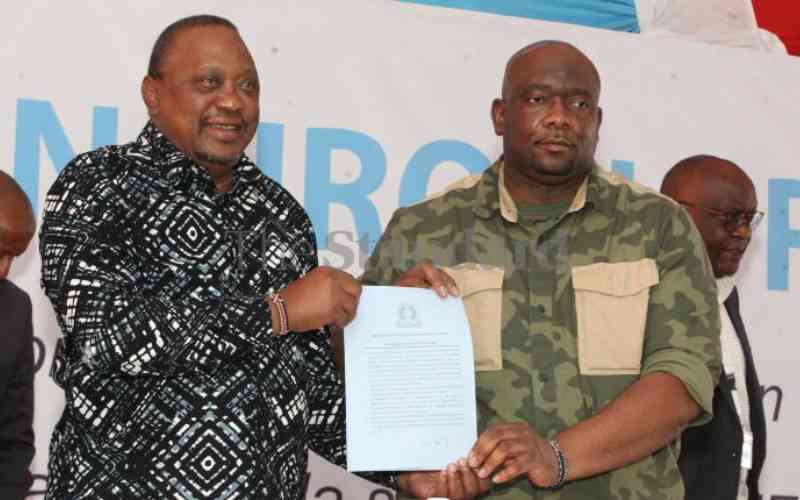