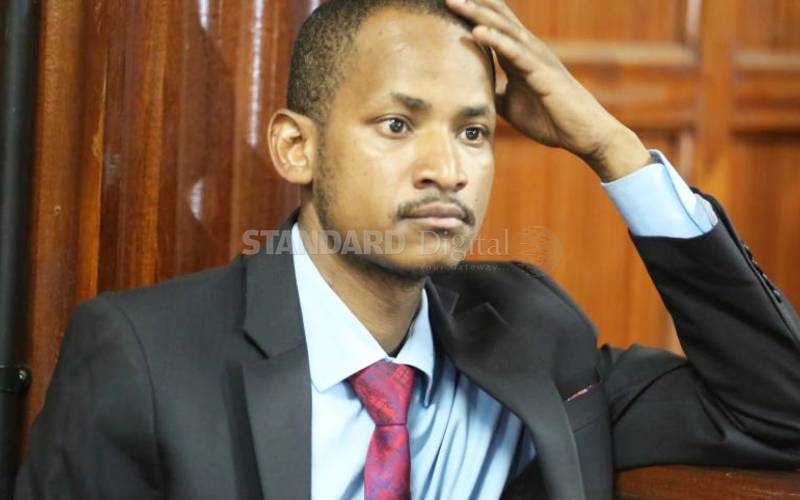 Embakasi East Member of Parliament Paul Ongili (pictured) can forfeit paying the hospital bill for a man he is accused of shooting in a Nairobi club.

The High Court yesterday ruled that Ongili alias Babu Owino cannot be forced to pay for the treatment of Felix Orinda aka DJ Evolve until he either admits committing the offence or the victim’s family pursues him before a civil court. The DJ is still in hospital

Justice Luka Kimaru, however, noted that Babu can continue paying the hospital bill on humanitarian grounds.

“The court notes that the applicant’s (Babu) decision to pay for the medical expenses of the victim cannot be compelled through a criminal process unless the applicant admits to the offence,” Justice Kimaru ruled.

However, the judge slapped the MP with a Sh5 million or Sh10 million cash bail. The State wanted the the lawmaker to remain in remand.